Werder Bremen have announced that they will wear a special kit for their Bundesliga game this coming weekend to celebrate their 120th anniversary.

Umbro will ply Bremen with a one-off “spliced” shirt for the match against Augsburg on Sunday, which is vaguely reminiscent of the jumbled shirt that Inter Milan are planning to wear in the derby against AC Milan in March.

While it’s not actually comprised of tatters of retro strips, the Bremen shirt is distinctly green and vivid in what Umbro claim is a deliberate homage to the “loudest fans in the league”… 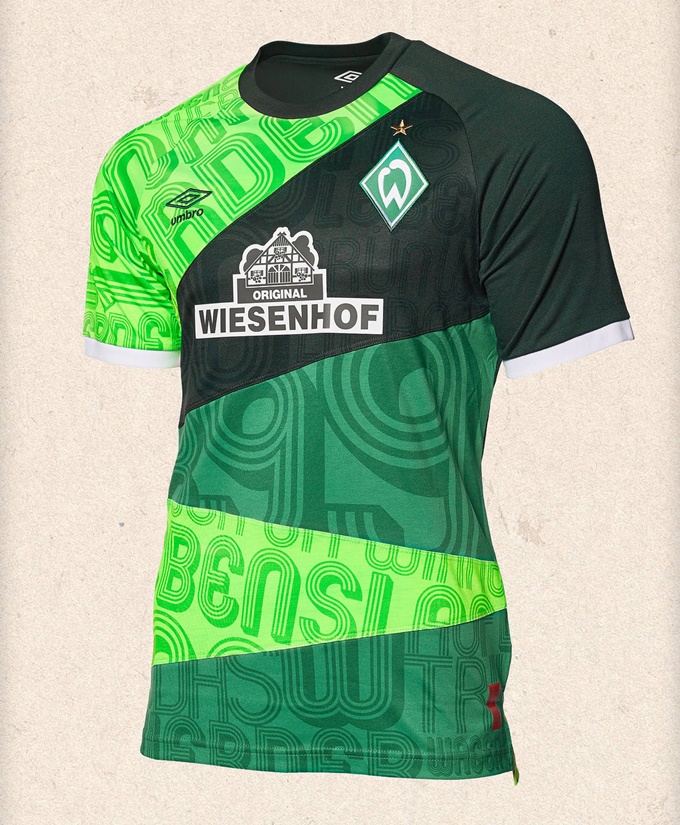 The shirt is available online but only in a limited batch of just 1899, in reference to the year in which the club was founded.

Tempted as Pies may be, we’ll pass. After all, we’re probably going to need to eat this month.