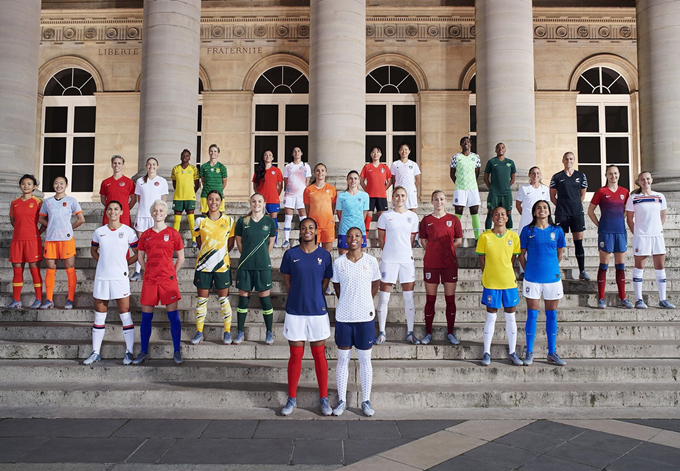 In the interests of efficiency, Nike have released all 28 of their kits for the 2019 Women’s World Cup in one go – that’s two kits apiece for 14 different countries.

Players from every federation assembled in Paris for a group photo, each modelling either their nation’s home or away strip.

Clicking on the image above will present the full size image, should you wish to scour the kits a little more closely.

As for England, well if nothing else, the Lionnesses are most definitely going to look the part in France this summer…

Good lord, that ‘maroongundy’ away shirt is marvellous. If they come in tubby mens’ sizes, Pies might be sorely tempted.

Indeed, the same can be said about France’s polka-dotted change strip… 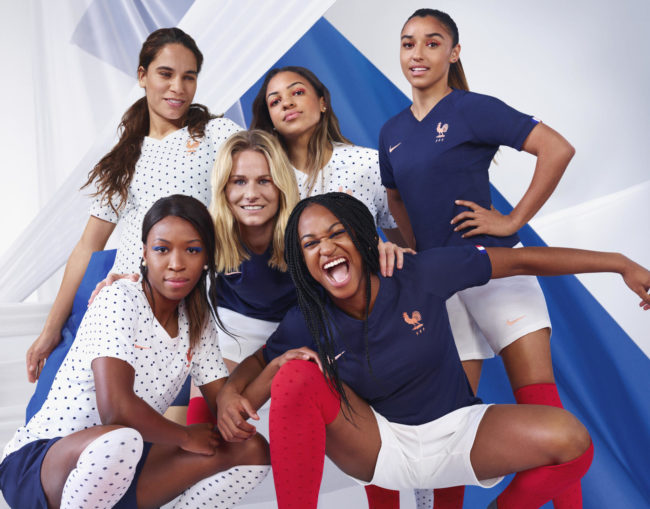 Nike have also committed themselves to supporting the growth of the women’s game by partnering with UEFA in an official capacity, also agreeing to become the match ball supplier for all UEFA Women’s competitions, including the Women’s Champions League and the Women’s Euro 2021 championship.

Women’s football has enjoyed rapid growth in profile, popularity and participation in recent years and Nike and UEFA believe that by joining forces they can help fuel this rise.