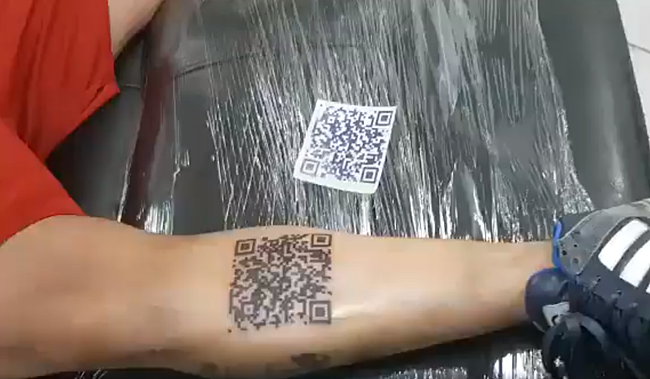 Proving once again that Argentinian football fans are a different breed entirely, one River Plate fan went and had a tattoo to commemorate his side’s 5-3 win over despised rivals Boca Juniors in the 2018 Copa Libertadores final.

Not massively odd in and of itself, until you learn that the tattoo in question was of a QR code that linked (note – past tense) to a Youtube video of River’s goals in the aforementioned match.

A River Plate fan just took the tattoo game to the next level with a QR code that shows the Copa Libertadores final goals against Boca Juniors whenever you scan it with your phone. Argentinian football fans are something else. pic.twitter.com/EizugHtkid

Then came some gloriously vindictive pettiness, with a Twitter user taking umbrage at the tattoo and calling up his followers/like-minded gits to report the Youtube video for copyright infringement. 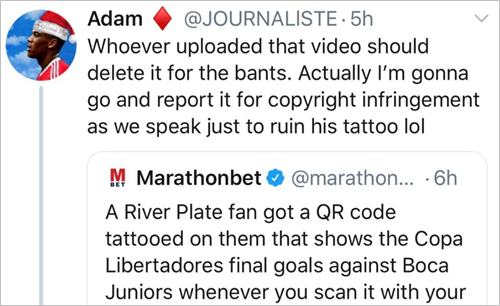 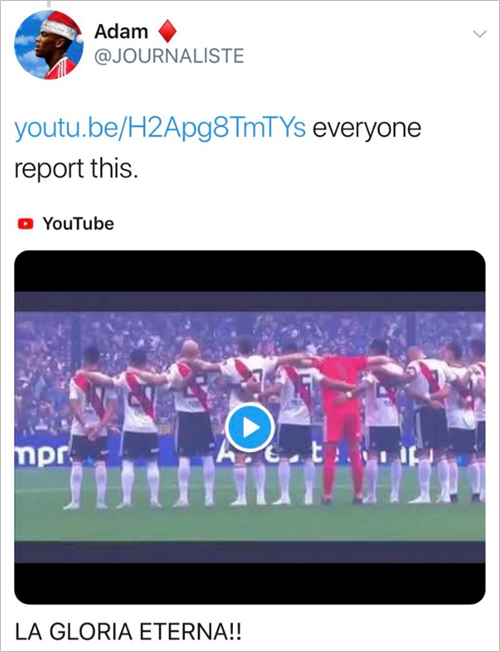 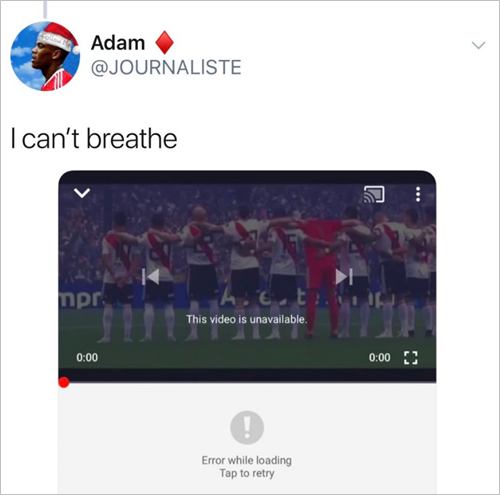 So, even if the video does get re-uploaded, the once-innovative code tattoo will always patch through to a dead link forever more.

Flippant bastardry of the highest order.