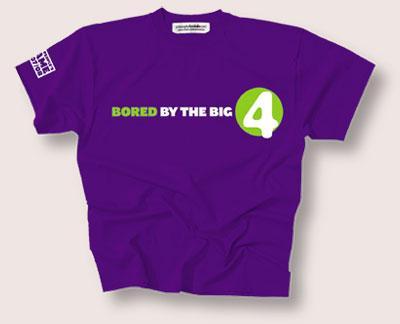 The football thinkers over at Philosophy Football have launched a 100 per cent cotton rebellion against the Premier League’s big four with this t-shirt. The Bored By The Big 4 slogan is fairly self-explanatory but just in case you missed the point, the Philosophers spell it out for you: “Monopoly power is condemning the ideal of the people’s game to an early twenty-first century grave. Not only do the ‘Big 4’ have the Premiership and Cups to themselves year after year, the rich runners-up Euro league guarantees them wealth in perpetuity.” The t-shirt is your wearable membership card to Club 88 – the resistance group against the big four’s dominance. Click here to buy it for Â£9.99.