EXETER City have decided to retire their No.9 shirt for nine seasons, as a tribute to Adam Stansfield, who lost his battle with bowel cancer earlier this month. 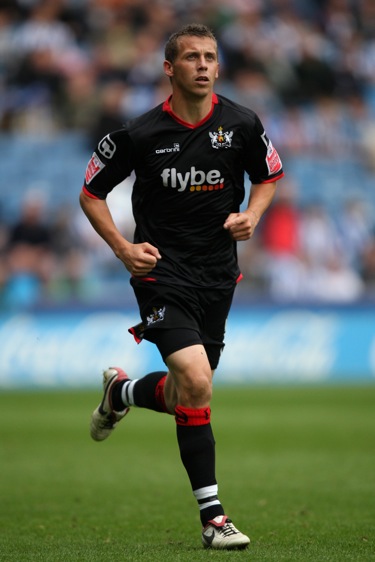 “Adam wore the number nine shirt with pride and distinction while making it his own during every one of his 158 appearances for the Grecians,” a club spokesman told the Bridgewater Mercury.

“And supporters, family and playing staff alike agreed with this wish to retire the number nine.”

Two funds have been set up in Adam’s memory, both of them for great causes: the Adam Stansfield Family Fund, created to support his widow Marie and her three young children, and the Adam Stansfield Football Foundation which will provide money for youth football programmes in south-west England.

Well played, Exeter – a lovely tribute to a loyal and decent footballer. Even though I never knew Adam, this is such a tough story to write about without choking up. Sad beyond words.