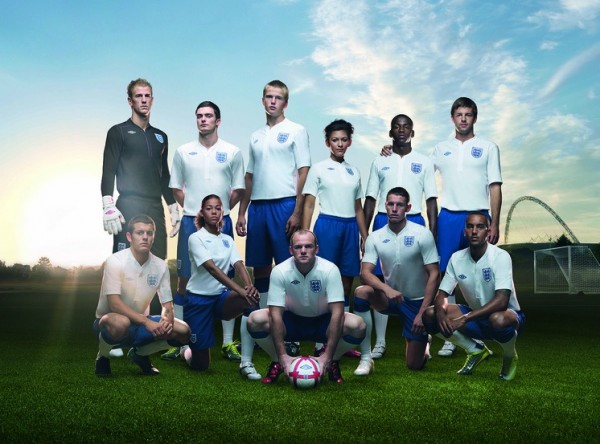 Here’s a first view of England’s new Umbro home kit. As much as my gut reaction was to think “Another new kit? What’s wrong with the current ‘new’ one!”, I do rather like the look of this – not because of the grandad collar, which I’m not crazy about, but mainly for the bright blue shorts, which put me in mind of England’s snazzy Admiral kit at the 1982 World Cup. I was nine at the time, and I loved that kit.

England’s senior team will debut the kit against Bulgaria at Wembley this Friday. The shirt goes on sale on October 12th.

More views of the new shirt: 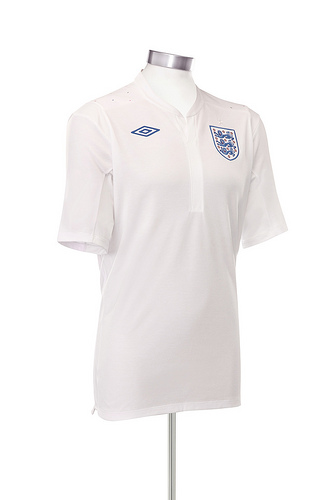 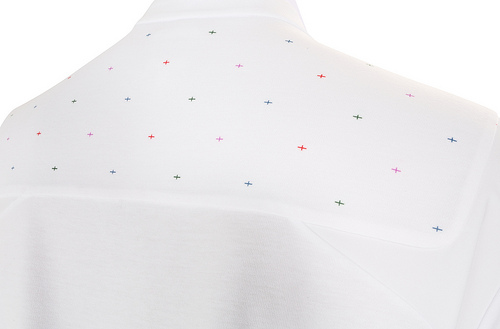 What do you think of it… Hit or shit? Vote below: