The ‘everything including a multi-coloured, whirling abstract rendering of the kitchen sink’ approach to kit design was prevalent during the early-to-mid 1990’s and, strange as it may sound, Gola’s stab at Huddersfield’s 1991/92 change strip represents a fairly hushed and demure effort when sat alongside, say, Birmingham City’s away kit of the same era. 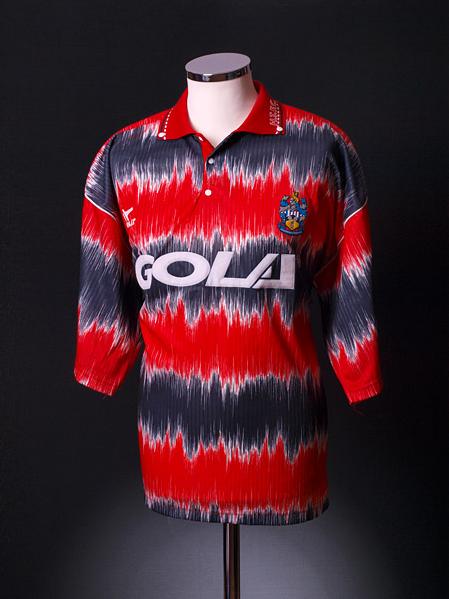 Not that the strip’s relatively understated design prevents it from being an unremitting eyesore by modern standards, though Huddersfield fans flocked in their droves to buy it from the club shop during the ’91/’92 campaign – with the Terriers’ ‘electric tie-dye’ away kit comfortably outselling the home shirt over the course of the season.

In fact, it’s fair to say that the kit has become something of a cult classic at the Galpharm, with Huddersfield and Gola even re-releasing it via the club’s official website for a limited period at the start of this season – there’s no accounting for taste.

Spread eagle, in all it’s glory… 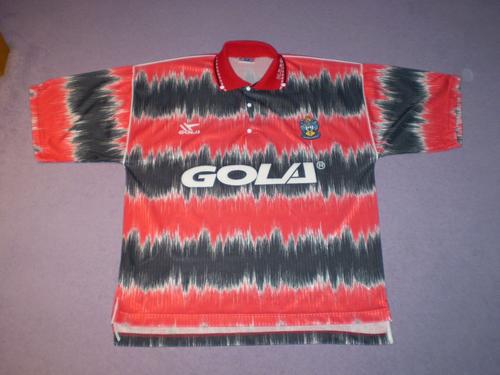