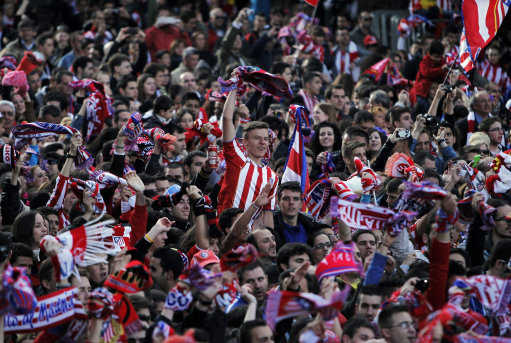 With adult unemployment currently hovering around the 25% mark in Spain and youth unemployment up around 56%, Atletico Madrid have announced that they are planning to release a batch of match tickets for their cup tie against Sant Andreu on Wednesday night priced at just €1 (roughly 85p), specifically for unemployed supporters.

The tickets would usually be priced at an already fairly reasonable €5 but Atletico are knocking tickets for 5,000 seats in their North Stand down to a single Euro for local fans who brandish their Madrid-issue unemployment card when purchasing them.

Fantastic gesture. This is obviously what happens when a club is able to rake in oodles of profit by selling their own line of g-strings.