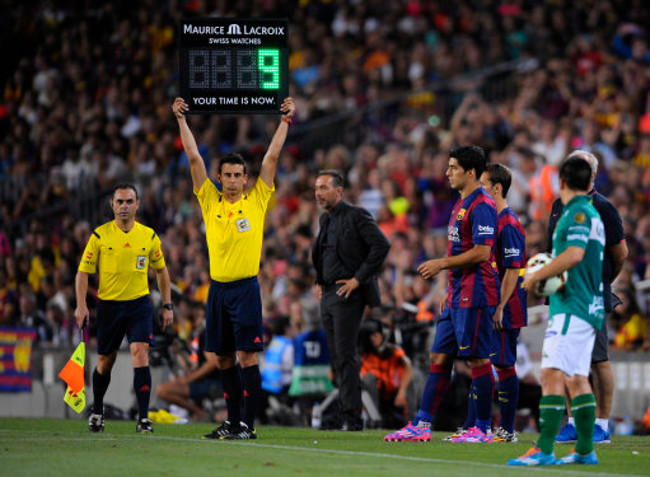 The former Liverpool man was only cleared to train with his new club and play in friendlies on only allowed on Thursday by the Court of Arbitration for Sport. Coming on as a sub in Barca’s Gamper Cup clash with Mexican side Club Leon, Suarez (wearing no. 9) didn’t make too much of an impact in his 13 minutes of action, although his side won 6-0.

A front four of Suarez, Messi, Neymar and Iniesta looks rather tasty and arguably matches Real Madrid’s Bale, Benzema, Ronaldo and James quartet. Should be a few decent Clasicos this season then!