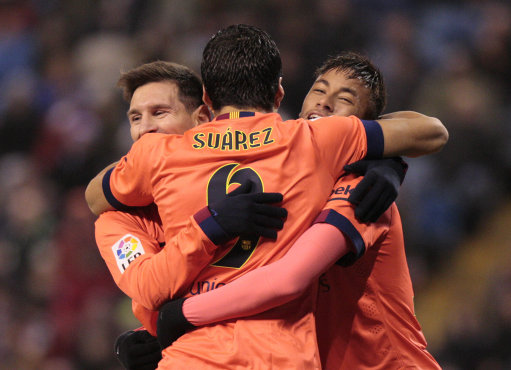 The front page of today’s edition of Mundo Deportivo features a clever little tribute to Lionel Messi after the Barcelona man scored his 30th hat-trick in blaugrana at the weekend.

Messi became only the second ever player to reach the “30 hat-tricks for one club” marker following in the wake of Telmo Zarra, who managed the exact same feat while banging them in for Athletic Bilbao in the 1940s and 50s.

Anyway, as an homage to Leo and his mind-boggling scoring rate, Mundo Deportivo displayed every match ball the little scamp has taken home with him over the years – from his very first against Real Madrid in 2007, right up to Sunday evening’s peerless performance… 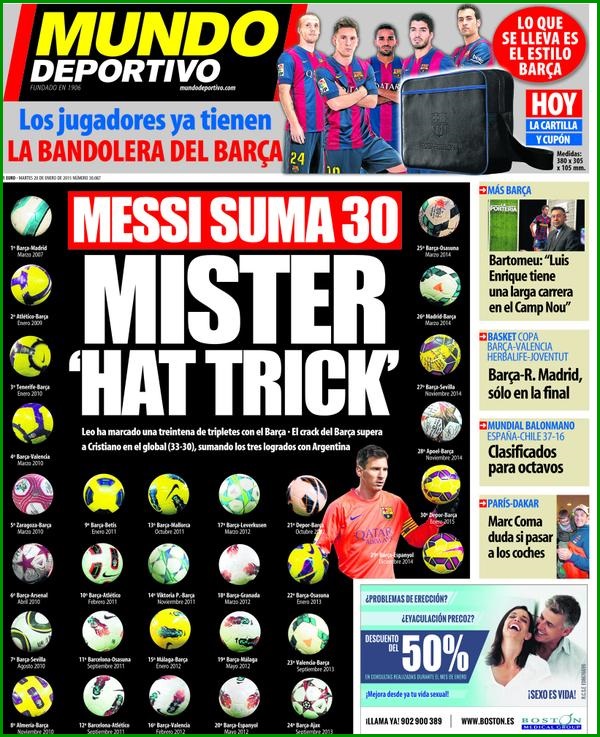