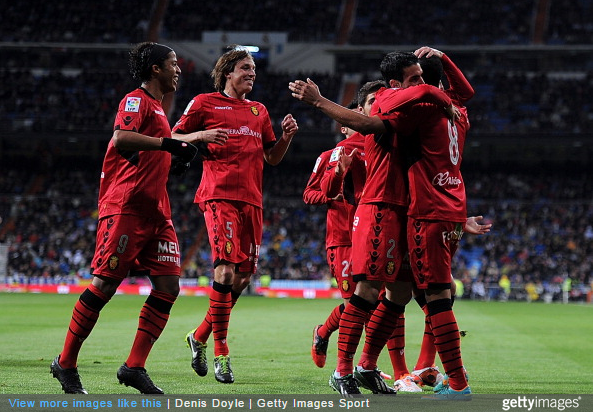 The board at Real Mallorca have come down incredibly hard on their players by imposing a raft of incredibly strict new rules and codes of conduct on their first-team squad.

According to AS, the senior players were all issued with a rule book in June that outlines exactly how they are expected to behave and present themselves from this season on.

As such, Mallorca players are now banned from having body piercings of any kind, wearing necklaces and sporting haircuts that are deemed too “extravagant” for the board’s liking.

Players are also banned from wearing hats on the team bus and in the changing rooms, while post-match and training showers are now “obligatory”.

Strictest of all, perhaps, is the new curfew, which mandates that all players are to be in bed by 11pm unless coach Albert Ferrer exercises his right to extend the curfew to 1am – which he may do once a week at the most.

Also, Mallorca have informed their players that the pinching of bottled water, isotonic drinks and toilet paper for personal use is now completely outlawed and is presumably punishable by death.

Bog roll theft obviously being a much bigger problem in Mallorca than we previously thought.