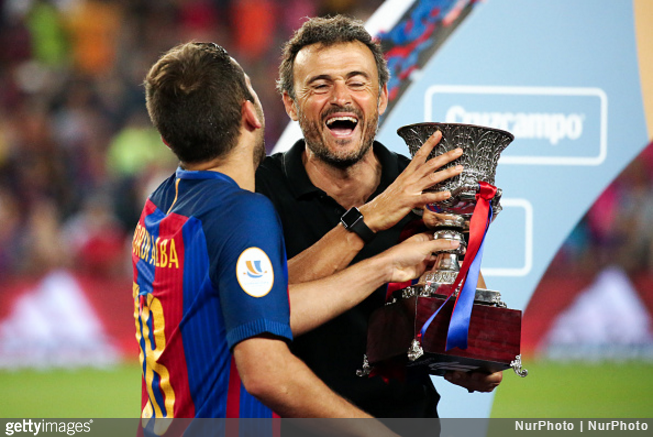 His side’s thumping of Sevilla in the Spanish Super Cup last night saw Luis Enrique become only the third Barcelona coach of the modern era (i.e, post 1955) to complete a grand slam of available silverware.

Arda Turan scored twice and Lionel Messi once as Barca won 3-0 on the night to complete a 5-0 aggregate rout, thus landing Enrique the only trophy missing from his collection having lost out (heavily) to Athletic Bilbao in the Super Cup last season.

Now, in three-and-a-smidge seasons in charge at the Camp Nou, Enrique has won the La Liga title, the Copa del Rey, the Champions League, the UEFA Super Cup, the FIFA Club World Cup and the Spanish Super Cup.