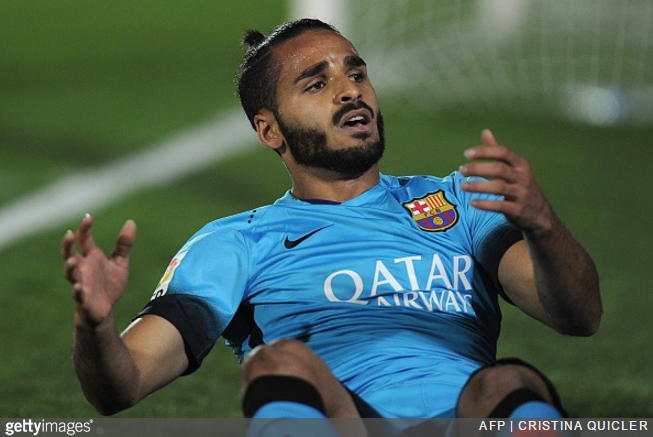 Barcelona right-back Douglas has done himself no favours in his attempt to shed his reputation as a perma-crock after managing to succumb to injury in his sleep.

The Brazilian, who is currently on a season-long loan at Sporting Gijon, has managed just 379 minutes on the pitch for Barca since arriving ahead of the 2014/15 season due to a never-ending spate of knacks and knocks.

However, Douglas’ latest boo-boo really does some up his rotten luck, with Sporting trainer Gerardo Ruiz confirming that the 26-year-old defender managed to do himself a wrong’n by falling asleep in an “uncomfortable position” on the team bus as they travelled across Northern Spain for an away match against Celta Vigo on Wednesday evening.

Douglas fell asleep on the bus in an uncomfortable position on the trip from Gijon to Vigo and when he woke up he’d injured his backside.

According to AS, Douglas was unable to train with the rest of the squad and instead underwent a gym session, meaning he’s a considerable doubt to face his parent club when Barca come to town on Saturday.

Talk about making an arse of yourself.