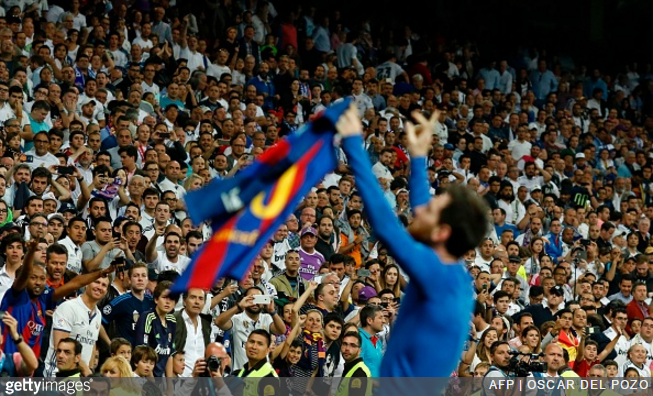 Real Madrid have stripped over 350 fans of their season tickets after a conspicuous number of Barcelona supporters were spotted watching El Clasico from sections of the Bernabeu supposedly reserved for home fans.

Sport are reporting that Los Blancos confiscated 357 season tickets in the wake of the match, which Barca won 3-2 in injury time thanks to the 500th goal of Lionel Messi’s career.

Real Madrid’s annoyance at losing the Clasico 3-2 was compounded by the club detecting various Barcelona fans in areas for Madrid season ticket holders.

Messi’s last-minute strike saw various fans stand up and celebrate wearing Barcelona scarves and shirts and Madrid have taken action against season ticket holders who clearly sold their tickets for the game.

They also added that the club are continuing to do everything in their power to combat “this illegal practice”.