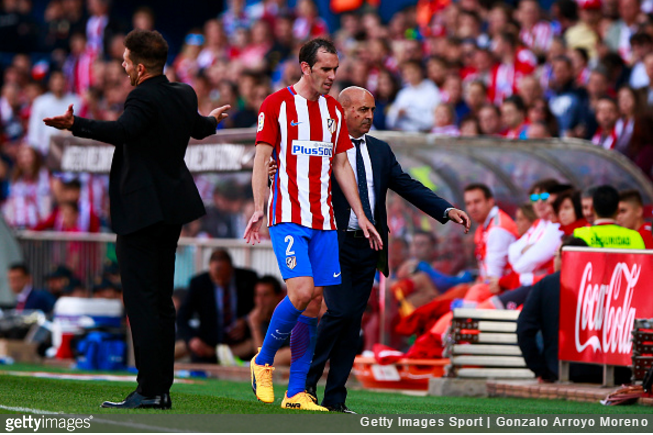 Diego Godin has had his season ended prematurely after being handed a three-match suspension from on high.

According to Telecinco, Godin was banned for the heinous crime of yelling “Sois muy malos” (“You are very bad”) at the fourth official during Atletico’s last league outing against Eibar.

Godin was sent off in the 89th minute of the match and unleashed the hideous tirade at the Uruguayan official as he stormed off.

La Liga have given him a two-game ban for picking up a second yellow card and an extra game ban for dissent after the incident was logged in referee Fernandez Borbalan’s match report.

As Atletico only have two fixtures remaining, the 31-year-old defender will not be play again this campaign.