Since we’ve already run the rule over the ten players who have done nothing but brought shame upon their families so far this term, it’s only right that we add a little yin to the yang and complete the circle with the ten who we reckon have been on top of their game and impressively so.

We’re not necessarily talking about the best performers, but more the players that have caught our eye since the start of the season. 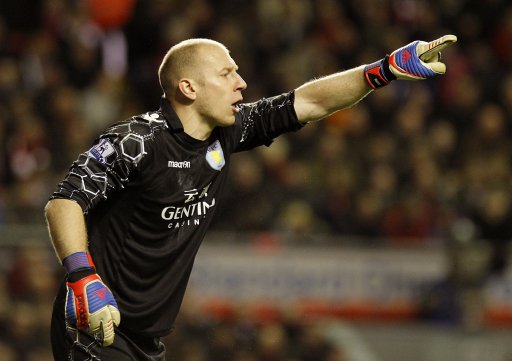 Brad Guzan, Aston Villa: Being stationed behind Villa’s porous young defence, Guzan has had it all on to keep opponents from reaching double figures on several occasions this season. The fact that the American keeper somehow managed to put in a man of the match-worthy shift having still conceded eight against Chelsea is his season in mirocosm. 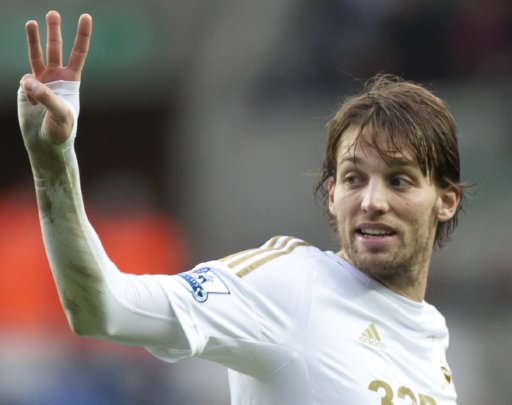 Michu, Swansea: Obvious one. Michu cost Swansea less than a bag of Lidl salted peanuts and has rolled in 13 Premier League goals so far without so much as breaking into a canter – not that he’s carrying The Swans all on his lonesome, he’s just the ‘public face’ of a very impressive little set-up that Michael Laudrup has going across the border. 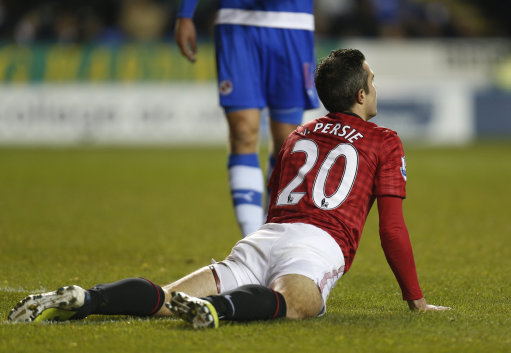 Robin van Persie, Man Utd: An absolute joy to watch almost every time he takes to the field. Consummate, deft, intelligent, very much in his prime and the Premier League top-scorer (with 16 goals) to boot. We think it’s fair to say that RVP has attained ‘instant success’ status at Old Trafford. 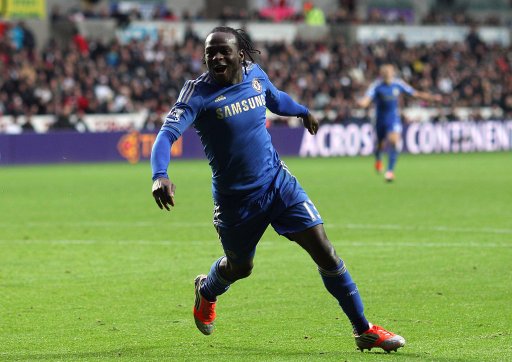 Victor Moses, Chelsea: Granted, he’s not exactly pulling up trees, but we didn’t expect Moses to get a look-in at Chelsea when he signed amid a flurry of other like-minded wingers and attacking midfielders over the summer. Instead he’s been impressively positive whenever given a chance and as such is the only Chelsea player to score in all competitions this season (FA Cup, Premier League, Capital One Cup and the Champions League). 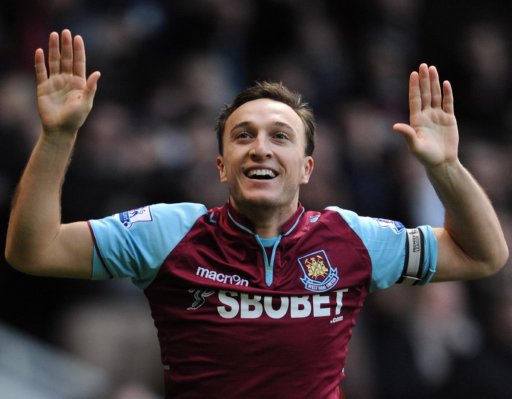 Mark Noble, West Ham: Just keeps on going, chugging away in the middle of West Ham’s midfield to little or no fanfare outside East London. With the ball at his feet Noble is assured, sensible and inventive when given the opportunity. Without it he’s a nippy, combative harrier. Also hasn’t missed a penalty since he was 14-years-old or something daft. 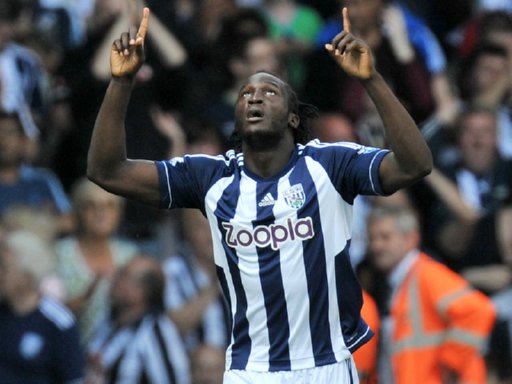 Romelu Luklaku, West Brom: Lukaku’s physical attributes alone make him a terrifying prospect for any central defender, though he’s also got more than a little finesse about his game. We weren’t overly sure that he was going to be 100% dedicated to the Baggies’ cause given that he was being farmed down the league (to be fair, that assumption was based on absolutely nothing), but the 19-year-old Belgian bruiser has been playing like a man who has a point to prove to his parent club – sticking away seven league goals in the process. 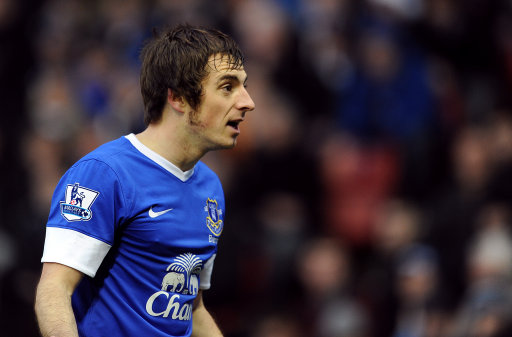 Leighton Baines, Everton: The perfect all-round left-back. Good at everything he does, both defensively and as an attacking entity, and enjoying the most consistently effective form of his career to date. Along with Steven Pienaar, Everton’s dynamic left flank has been one of David Moyes’ biggest boons this season. 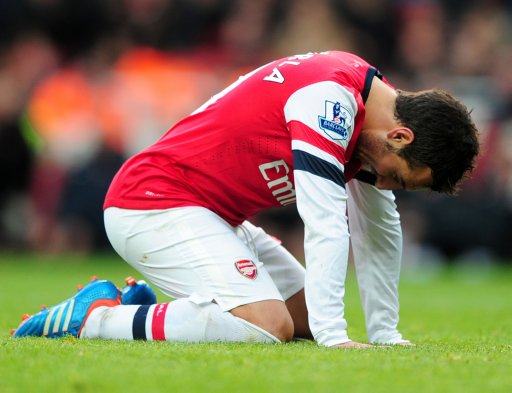 Santi Cazorla, Arsenal: There’s not an awful lot we can say about Santi that hasn’t already been said, but in simple terms it gives us a warm feeling in our laps being able to watch Cazorla flit and flicker week in, week out. He’s not always decisive, but it’s the little things: the touches, the flicks, that have captured our heart. 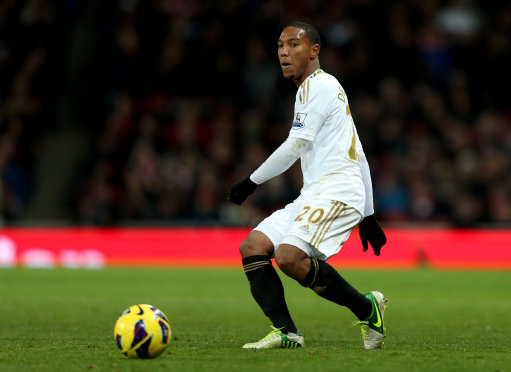 Jonathan De Guzman, Swansea: If we were pushed to sum De Guzman up in one word, it’d be ‘tidy’. Another player signed (on loan) for pennies, the Canadian midfielder is a key component in almost everything The Swans do in possession. Fits the blueprint perfectly and we wouldn’t be surprised if Huw Jenkins is beavering away trying to snaffle him away from Villarreal on a permanent basis. 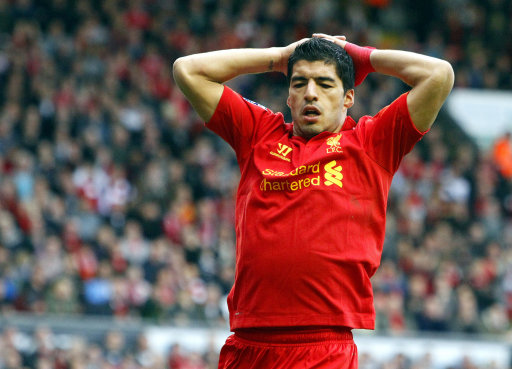 Luis Suarez, Liverpool: Call him what you will, for you cannot hurt him. Liverpool’s only match-winner is football’s biggest heel and revels in his reputation, often stepping over the line. However, he’s also a bloody fine player when he’s not antagonising all and sundry like the Uruguayan Rowdy Roddy Piper; wriggling, contorting, attack-attack-attacking and scoring 15 Premier League goals by January – four more than he managed in the league last season and only two goals shy of his entire 2011/12 haul.

Anyone we’ve missed? Pray tell Pies fans, who is it that’s been buttering your parsnips so far this season?