Given that it’s been a bit of a slow, pre-Champions League kind of day in the football world today, we’ve had a troll back through the Pies archives in search of a bit of inspiration and, seeing as these seemed to be very popular last time, we thought we’d bring you 20 (again, don’t count them!) more beautiful vintage photos of goalkeepers captured elegantly in mid-flight – as plucked straight from our archives… 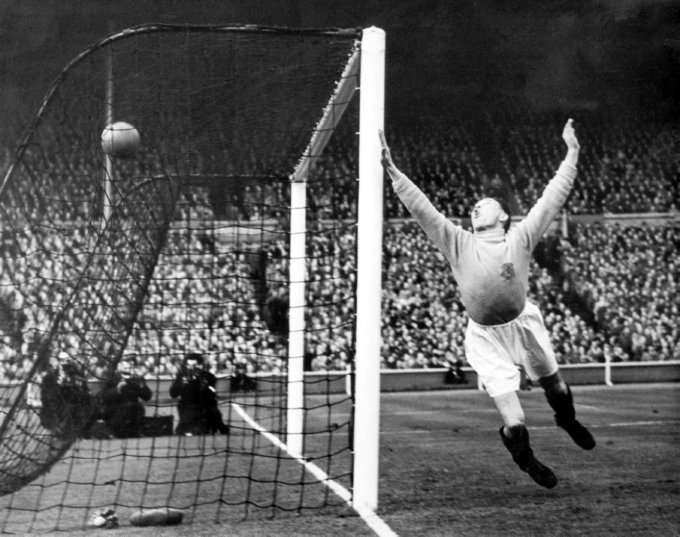 Despite his best efforts, Scotland keeper Tom Cowan is rendered powerless as England score their first goal at Wembley during a Home International Championship game, 1951 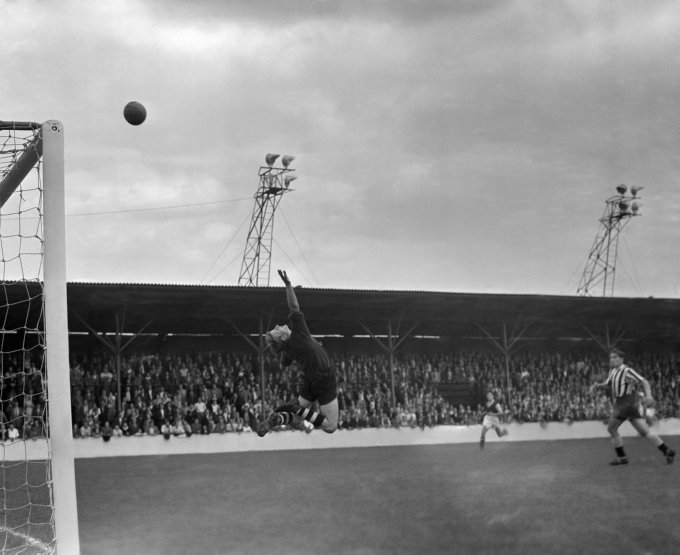 Notts County keeper James Linton arches his back to make a fine one-handed save against West Ham at Upton Park, 1955 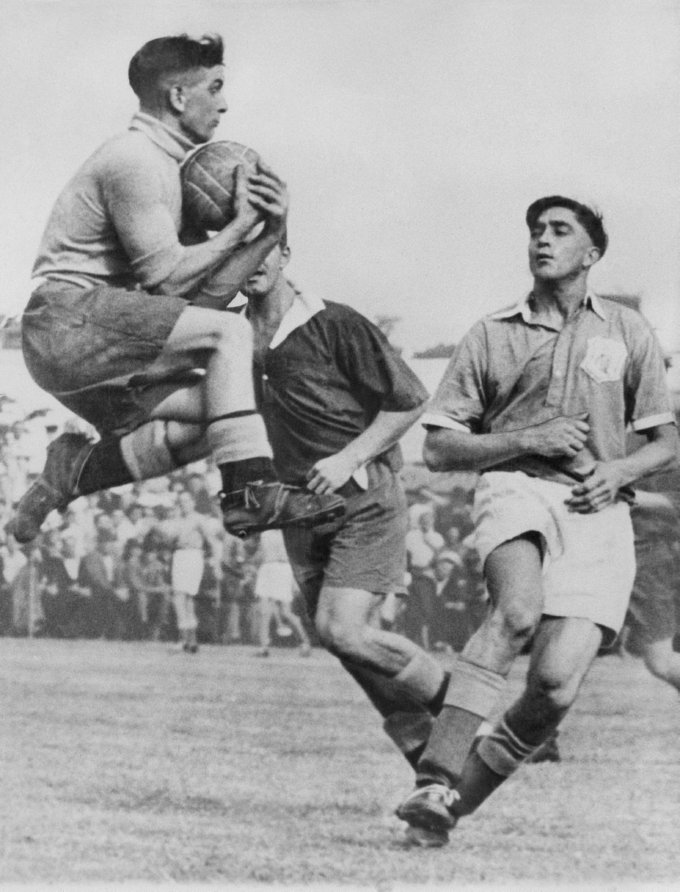 Royal Navy goalkeeper William Leggett leaps to claim a high ball during a game between British sailors and a team representing the Metters, Ltd. stove manufacturers in Sydney, Australia, 1945 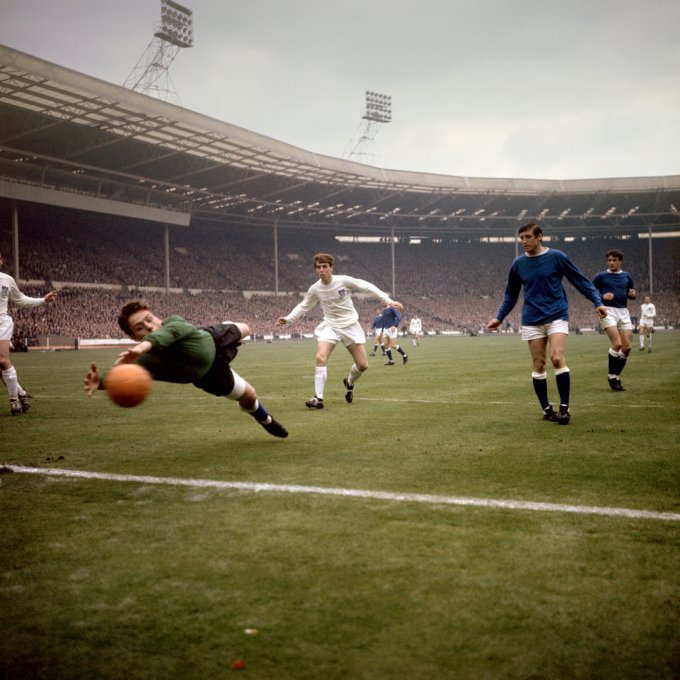 Everton keeper Gordon West scrambles to keep the ball from going over the line as Sheffield Wednesday’s Graham Pugh (in white) watches on during the FA Cup Final at Wembley, 1966 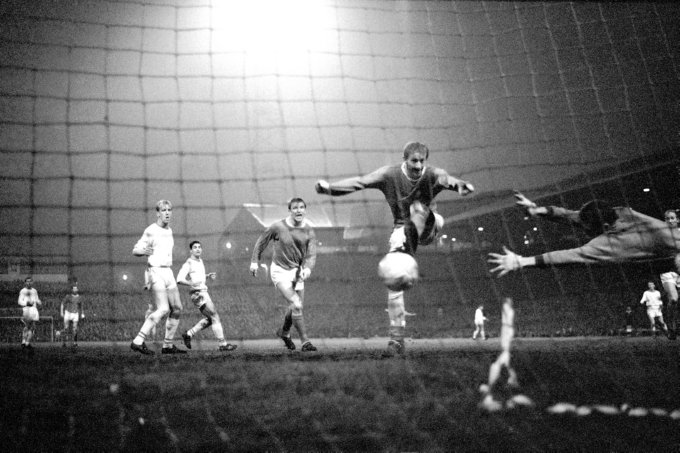 Arsenal goalkeeper Jim Furnell flings himself the goal in a futile attempt to stop Denis Law scoring Manchester United’s third goal of the evening during the Division One meeting between the two sides, 1965 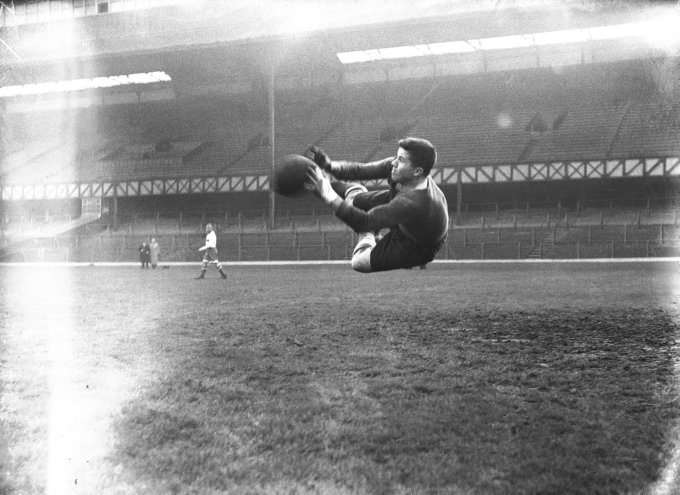 Dynamo Moscow goalkeeper Alexei “Tiger” Khomich goes through his paces during a training session at Ibrox, the day before Dynamo’s exhibition game against Rangers on the Russian side’s 1945 Tour of Britain 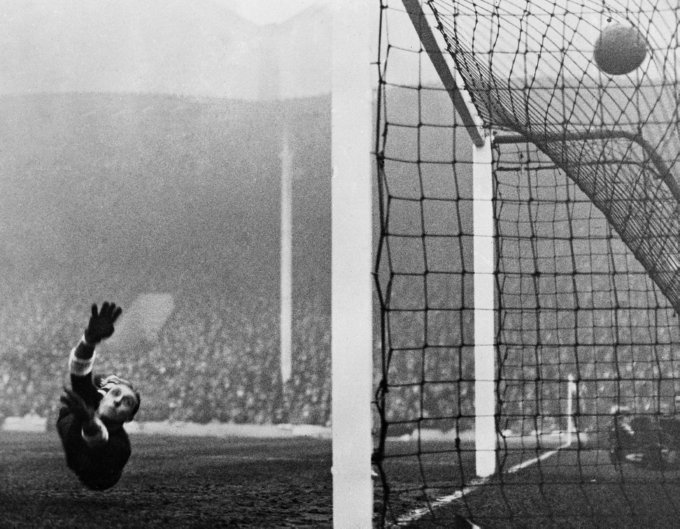 Italian goalkeeper Carlo Ceresoli makes an unsuccessful attempt to keep out a shot during an international friendly between England and the reigning World Cup champions at Highbury, 1934 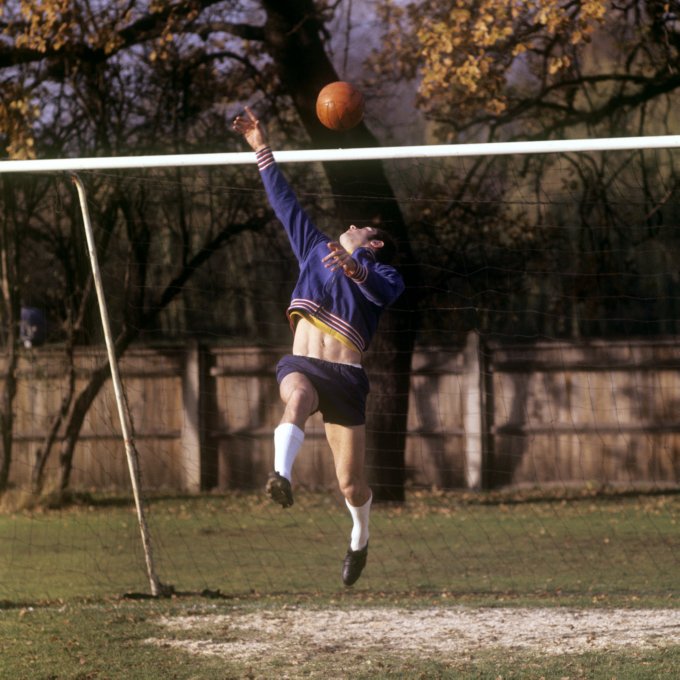 England goalkeeper Peter Shilton pushes one over the crossbar during a training session at Roehampton ahead of a friendly match against West Germany, 1970 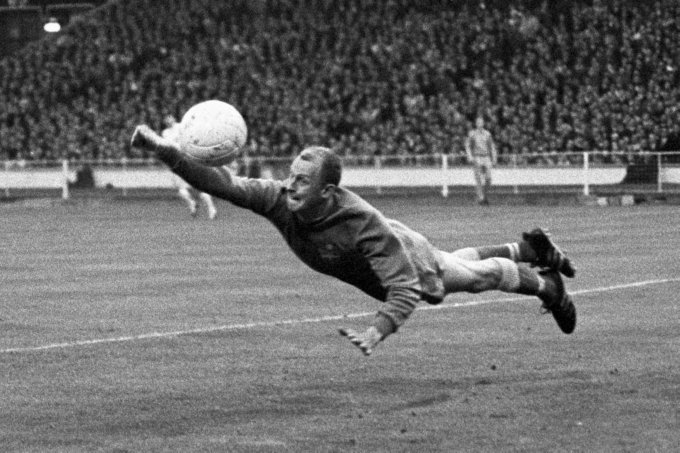 Sweden keeper Sven-Gunnar Larsson goes full-length only to see the shot fly wide of his left-hand post during an international friendly against England at Wembley, 1968 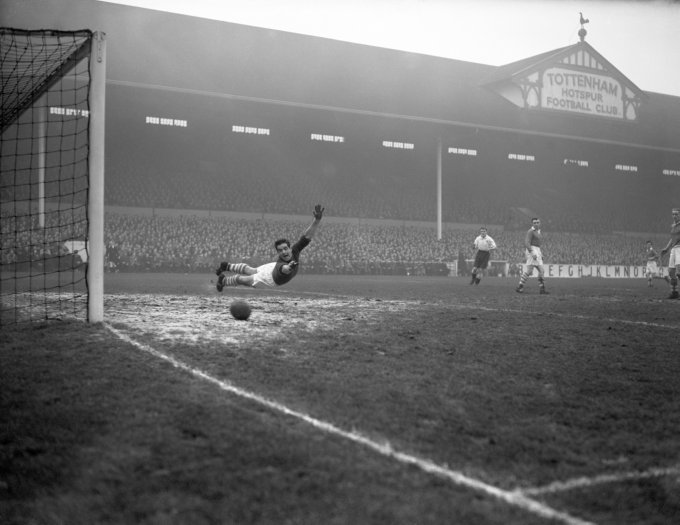 Middlesbrough goalkeeper Rolando Ugolini, seen shortly before getting his pristine shorts ditched while making an heroic save against Tottenham, 1950 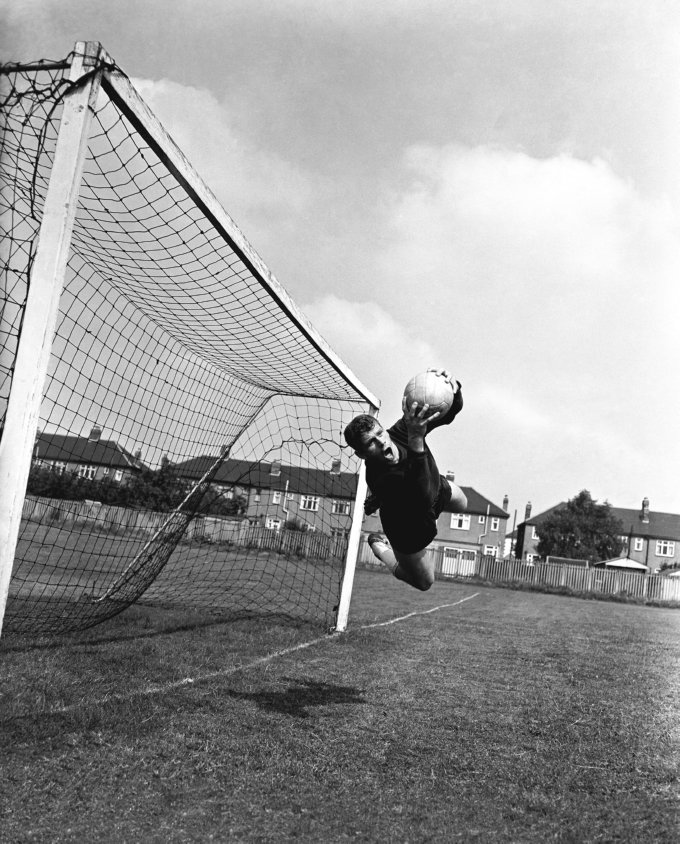 Lawrie Leslie apparently surprises himself by making the save during a West Ham pre-season practice session at Chadwell Heath, 1962 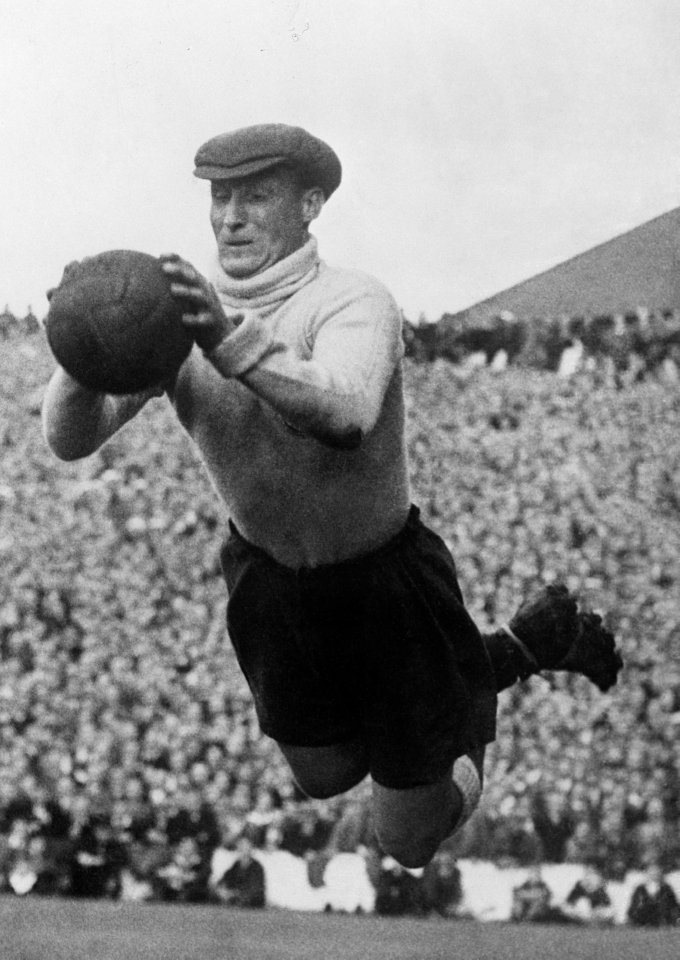 The epitome of post-war goalkeeping chic, England keeper Bert Williams dives to claim the ball during a friendly against Wales in Cardiff, 1949 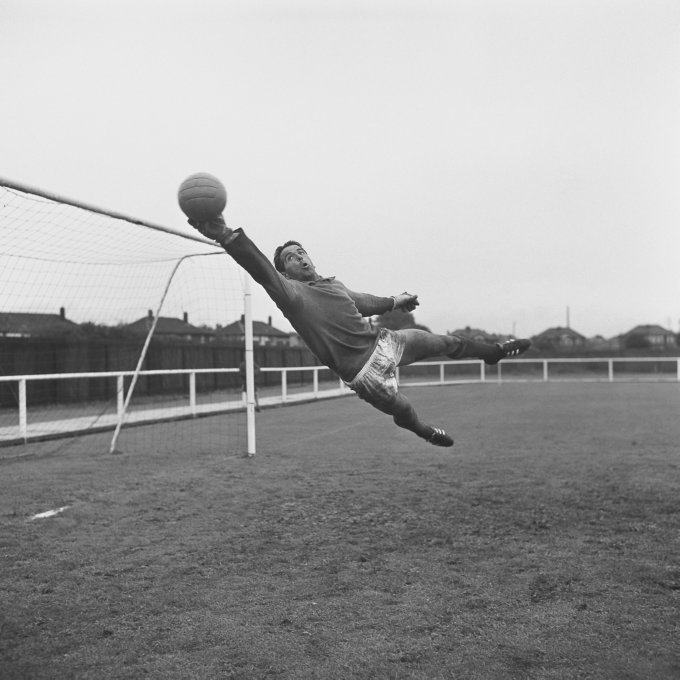 Portugal goalkeeper Americo Lopes makes a textbook save for the cameras during a World Cup training session in Cheadle, 1966 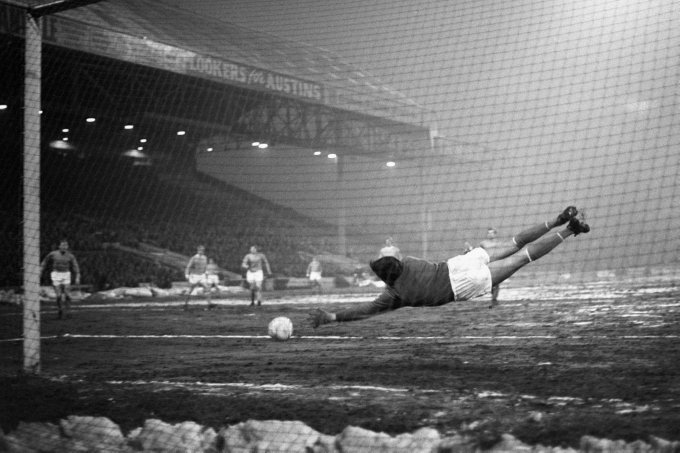 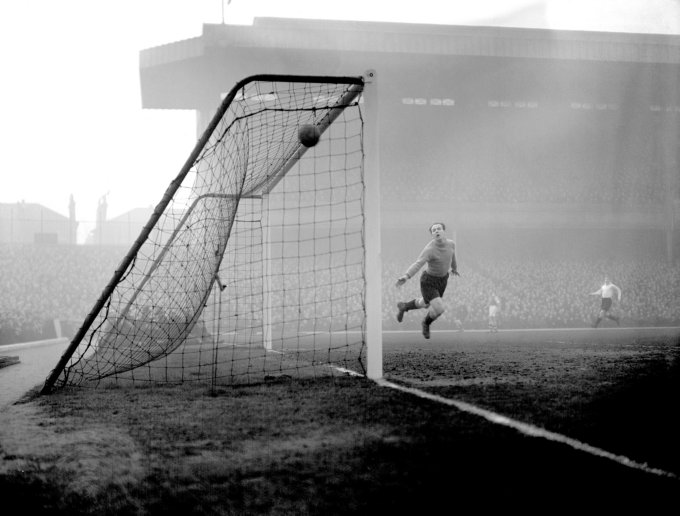 Sunderland goalkeeper Johnny Mapson watches forlornly as an Arsenal shot is buried into his top corner, 1949 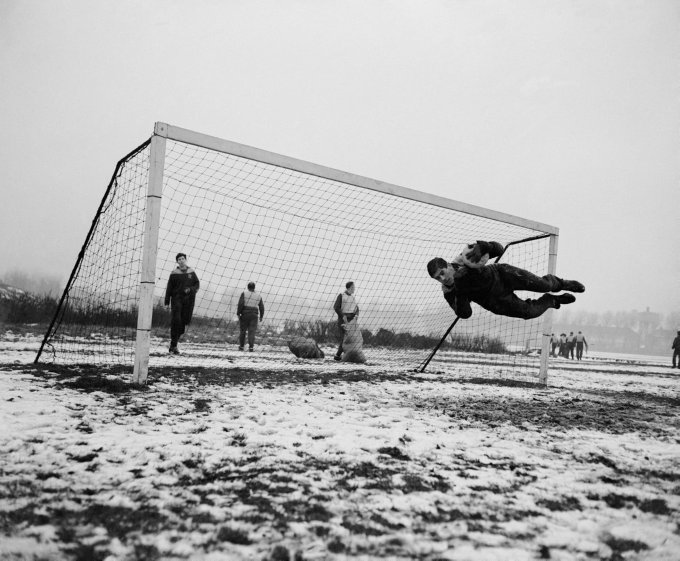 Lawrie Leslie in action here again, preparing for a heavy landing after making a spectacular one-handed save during a practice match while the Hammers limber up for a freezing FA Cup tie against Plymouth Argyle, 1962 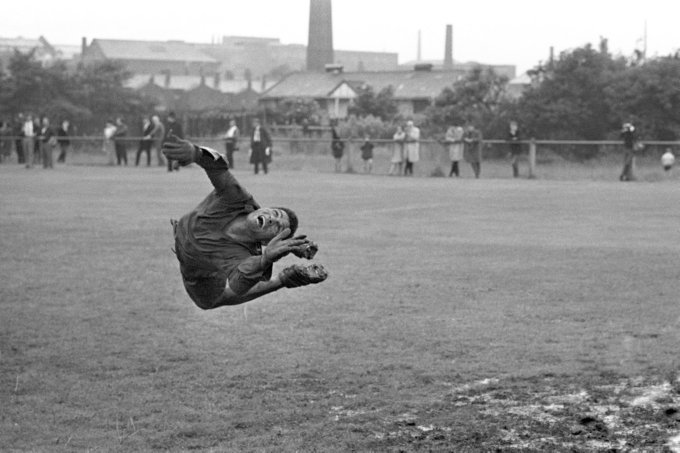 The anguish is tangible as Brazil goalkeeper Manga is beaten by a shot during a World Cup training session in Bolton, 1966 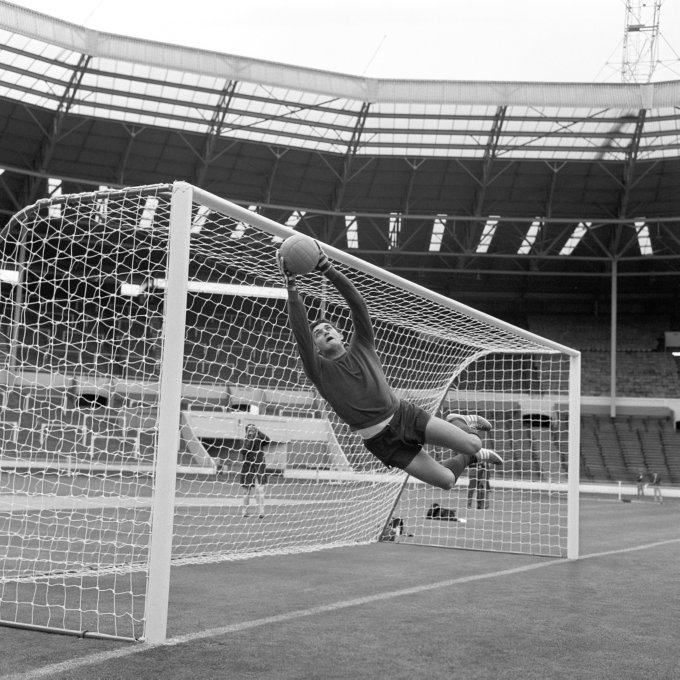 Mexico goalkeeper Ignacio Calderon puts on a masterclass during a World Cup photocall at Wembley, 1966 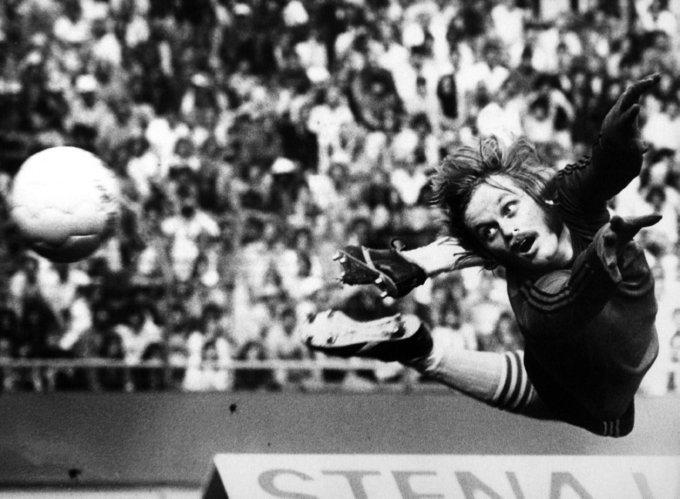 A Bulgarian shot flies past the fingertips of Sweden goalkeeper Ronnie Hellstrom, 1974 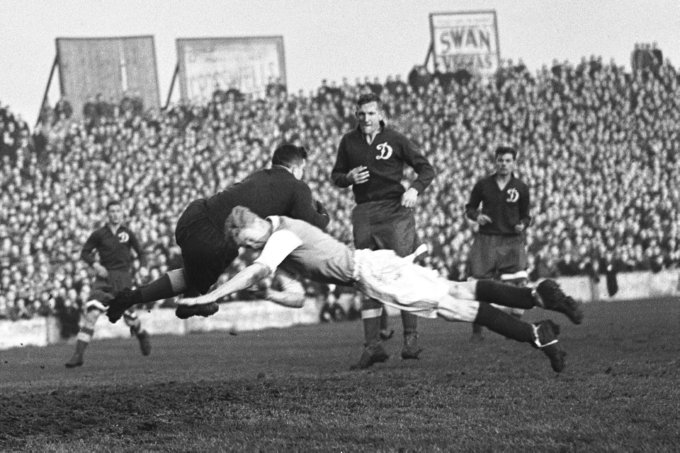 Another great action shot of Dynamo Moscow’s Alexei ‘Tiger’ Khomich as the Russian keeper braves a shoulder charge from a Cardiff City forward, 1945 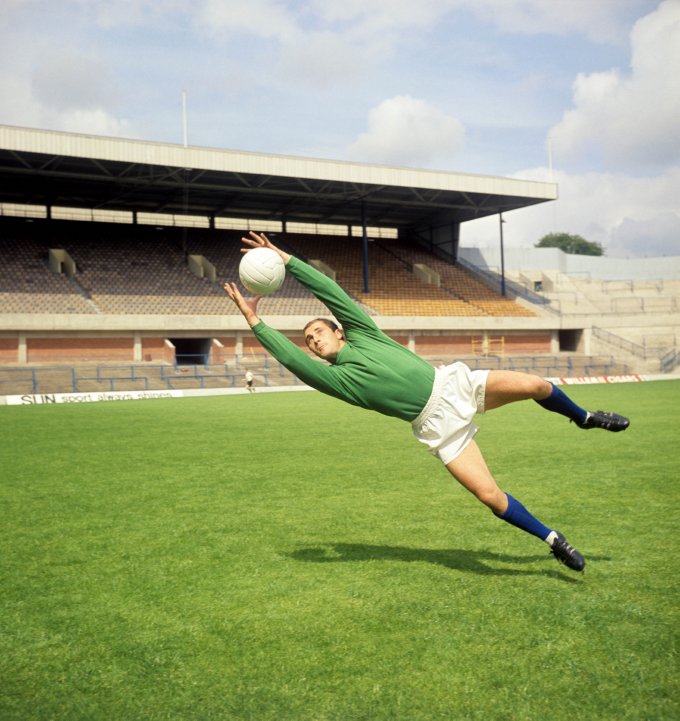 Sheffield Wednesday goalkeeper Peter Springett is captured mid-air making a smart save in glorious sunshine at Hillsborough during a Division One photocall, 1967 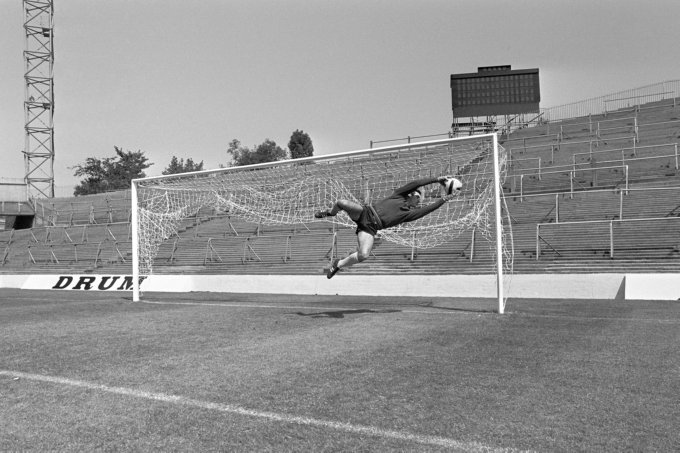 Once again at Hillsborough, Uruguay goalkeeper Ladislao Mazurkiewicz flings himself the goal to pluck a shot out of the air, 1966

20 Beautiful Vintage Photos Of Goalkeepers In Flight, Volume I