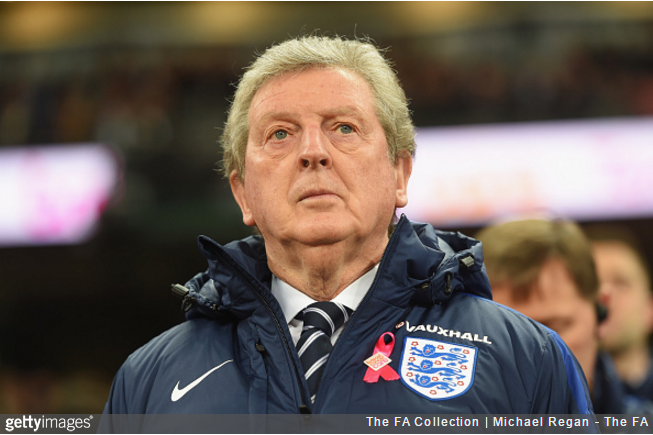 The big(ish) news today is that Roy Hodgson is planning to announce his England squad for Euro 2016 on Thursday, a full three weeks before UEFA’s deadline on 31st May.

Having seen a number of prominent players succumb to injuries over the past couple of weeks, Hodgson is reportedly cobbling together a provisional squad that will include several more players than the 23 he’ll eventually be taking to France in the summer.

Pies thought we’d get a jump on proceedings and rustle up our 23-man pick for Euro 2016 and, injury permitting, it looks a little something like this.

Fraser Forster – It’s a damn shame that Jack Butland will be missing out but Forster is a perfectly able deputy.

Tom Heaton – Let’s face it, it really doesn’t matter who the third-choice goalie is and Heaton deserves to make the trip as much as anybody.

Chris Smalling – Maturing nicely after a strong season holding the fort in the ever-fluctuating Manchester United back four.

Gary Cahill – He may have endured a spotty season with Chelsea, but Cahill is experienced, tough and the nearest thing to John Terry that England currently have at their disposal.

John Stones – Yes, he needs some hard, hard coaching to rein in his overly-frothy tendencies, but Stones is a gem of a centre-half just waiting to be cut.

Phil Jagielka – Seasoned vet with several tours of duty under his belt and still more than capable of stepping in when needed.

Danny Rose – Breakthrough season for Tottenham. Especially adept at yomping forward but his defensive game has come on leaps and bounds this year.

Ryan Bertrand – Will probably serve as cover to Rose at first, though the pair of them are perfectly interchangeable.

James Milner – Still criminally underrated. He’s not spectacular by any means, but Milner is a fine, versatile footballer with an impressive workrate and a largely unheralded creative streak.

Jordan Henderson (if fit, Michael Carrick if not) – Henderson is basically just the high-end version of that one decent midfielder in your Sunday League side who won’t stop churning away, running and tackling, because he doesn’t drink or smoke 20 Lambert & Butlers a day.

Eric Dier – The roadblock. Every team needs one these days, and Dier’s been up with the best of them this season.

Ross Barkley – He might look dumb as a box of wing-nuts, but Barkley has the drive, vision and fleet footwork to (slightly intermittently) make things happen.

Jack Wilshere – Risky given that he’s mainly held together by sellotape and crossed-fingers these days, but Wilshere still has that little ‘je ne sais quoi’ on the ball in crowded central areas that none of his current England contemporaries can match.

Adam Lallana – At his worst he’s waif-like, brittle and a bit of a non-entity. At his best, he’s capable of wonderful things. Thankfully, coinciding with Liverpool’s new-found effervescence, he’s bang in form at the moment.

Raheem Sterling – In a midfield stable largely devoid of width, Sterling at least tends to commit defenders and win free-kicks as he minces around out on the flanks.

Harry Kane – No brainer, as our American cousins might say.

Jamie Vardy – Ditto, though he’ll probably be stationed out on the wing.

Wayne Rooney – For all the opprobrium, Rooney’s actually quite a decent, useful utility player if you don’t go expecting him to start slamming in the 30-yard volleys of yore. Definitely worth having around, despite the hoi polloi narrative.

Daniel Sturridge – He may be entirely self-centred and have complete tunnel-vision in and around the box, but the guy can finish.

Andy Carroll – Supposing Danny Welbeck is ruled out, we’d gladly take Carroll with us – because f**k it, why not? If it all goes south, stick Andy on and sling high balls at his face. It’s the English way.

Hardly revolutionmary, but that’s our England squad for Euro 2016. Agree/disagree?