With Chelsea and Tottenham players dominating the official Premier League Team of the Year knocked out by the PFA this morning, Pies thought we’d have a bash at concocting one of our very own.

Steering clear of any and all the players selected by the PFA, here’s our alternative pick of the pops… 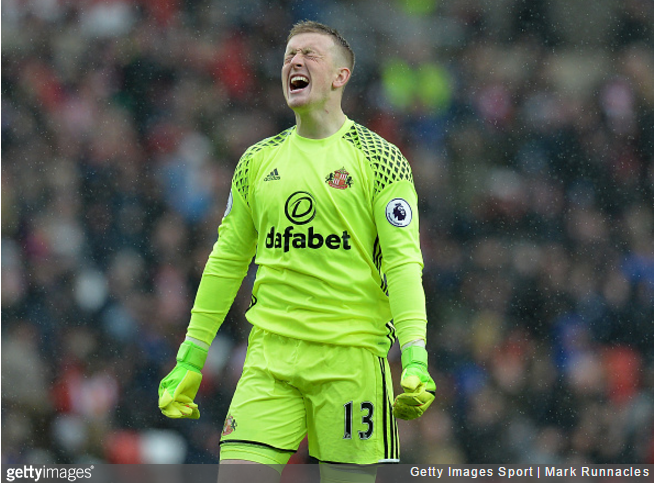 Jordan Pickford (Sunderland): Let’s not beat about the bush here, Sunderland have been nothing short of diabolical in the main this year.

However, one of the few players to emerge in credit will be their brilliant young goalkeeper, who has doubtlessly played his way to a decent move elsewhere as and when that big ‘R’ befalls David Moyes’ flagging side.

Gareth McAuley (West Brom): 37 years old, a proper, old-fashioned rock at the back and the Baggies’ joint-top goalscorer this season.

McAuley may not be the height of footballing fashion, but the man can simply do no wrong in our eyes.

Harry Maguire (Hull City): As stout of resolve as he is of chin, Maguire is a future England centre-back in waiting – and a deceptively skillful one at that.

Christian Eriksen (Tottenham):  When he’s on form, Eriksen’s delicate technique and precise, inventive passing is a true joy to behold.

Dele Alli may attract the majority of the plaudits from the hoi polloi, but the Dane has weighed in with 12 assists this season, putting him second only behind Kevin de Bruyne (13) in the running.

Ander Herrera (Manchester United): Combative, clever, and good enough on the ball to make you wonder if Michael Carrick will be as staunchly missed as you first thought once he bows out.

Herrera is also a rotten, sly little git at times, which is largely okay when he’s on your side.

Gylfi Sigurdsson (Swansea): Simply put, Siggurdson is far, far too good to be wasting his time at Swansea.

The Icelandic talisman has done his level best this year, contributing nine goals and 11 assists in what is turning out to be a truly shoddy season.

Kevin de Bruyne (Man City): Has a tendency to come on and off the boil rather arbitrarily, but De Bruyne on a good day is football as an art form.

Sergio Aguero (Man City): It’s a prevailing quirk that in six years, two titles and over 100 goals, Aguero has never once been included in a PFA Team of the Year.

While 2016/17 under Pep Guardiola has hardly been a vintage season for Kun, he’s still managed to nab 17 goals – so we’re going to throw the bloke a bone.

Zlatan Ibrahimovic (Manchester United): Still truly outstanding at what he does, which is elite-tier hold-up play, adding genuine star power to a team, and scoring goal after goal after goal.

United may well have been sunk without his this season.

What do you make of that little lot, Pies fans? Agree/disagree?