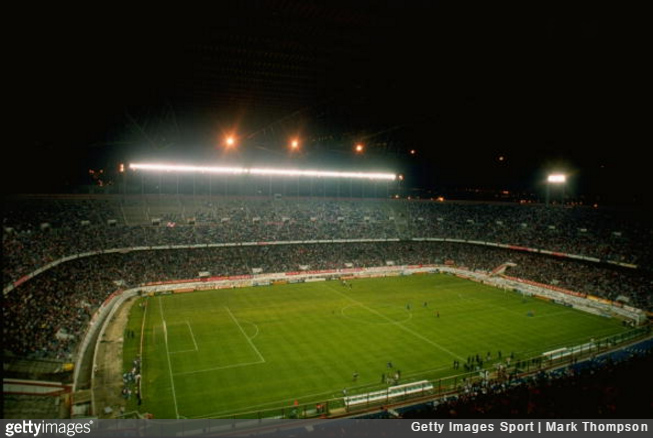 The grand old Estadio Vicente Calderón by night, circa 1996

Pies are dusting off our ‘Around the Grounds’ series in order to bid a fond farewell to the Vicente Calderon stadium, home to Atletico Madrid for the past 50 years.

With the concrete crumbling, the roof shot through with holes and the dog-ears beginning to become fairly serious safety concerns, Atletico will be leaving their famous old abode at the end of the current season and moving to a shiny new bowl built on the site of the old ‘La Peineta’ athletics ground just across town.

Indeed, the 67,000-seater, LED-illuminated Wanda Metropolitano stadium, named after a Chinese cinema conglomerate, will be the club’s new home as of the start of the 2017/18 season.

The Calderon, for the record, will be pulled down and turned into a riverside park.

And so we gather here to say adios to a beautiful, unique structure with its majestic curve, its hypnotic seating pattern and its mad dual-carriageway running underneath one of the stands… 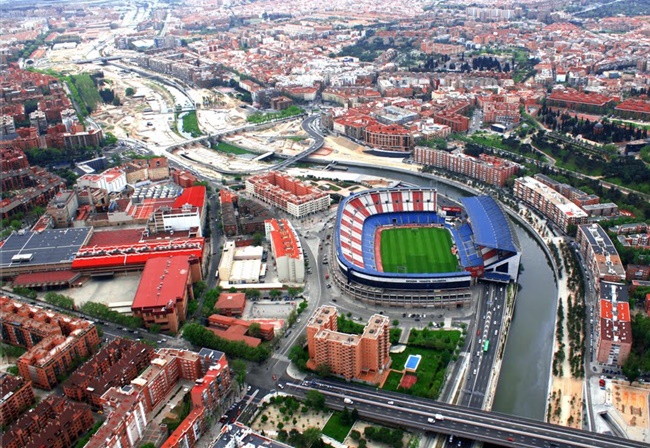 So that was that. One slinky wriggle from Karim Benzema and hey presto – no more European football at the Calderon.

What a lovely old thing it was.

Head this way for more in our ‘Around the Grounds’ series.