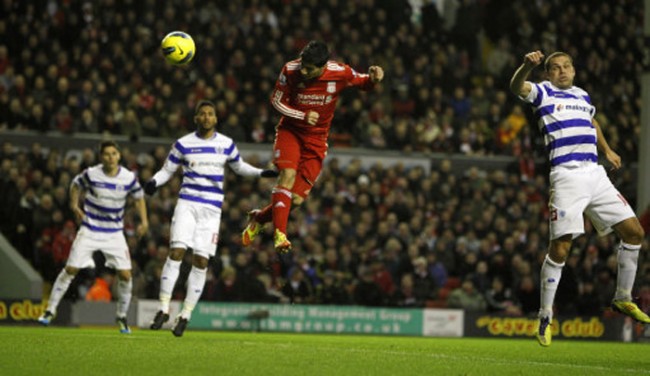 From alleged racist remarks to theatrical falls to one digit hand signals, Luis Suarez has rapidly turned into Public Enemy No. 1 (outside the red half of Liverpool, obviously). However, against a decent QPR side at Anfield, the Uruguayan did what he does best, and netted a vital goal for the home side.

Kenny Dalglish’s side dominated the 90 minutes, with Rangers’ ‘keeper Radek Cerny keeping his side in the game on a number of occasions.  However, Suarez’ goal on 47 minutes, coming after good work from Charlie Adam, was enough to end Liverpool’s disappointing run of draws at Anfield.

The visitors pushed hard to grab an equaliser late on, forcing a number of corners but failing to make any of them count.

The Reds move back up to sixth while Rangers move into 13th place, five points clear of the relegation zone.