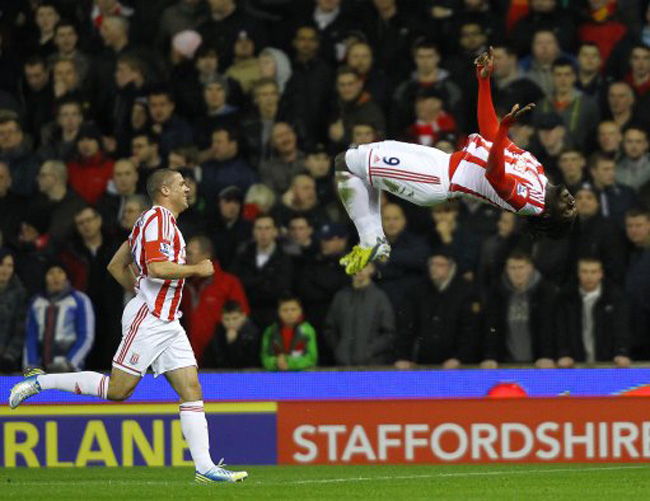 Despite going ahead after just two minutes, Liverpool were ultimately well beaten by Stoke at the Britannia in a game which highlighted both the home side’s strengths and the visitors’ weaknesses.

Steven Gerrard opened the scoring from the penalty spot after Luis Suarez had been felled by Ryan Shawcross. However, thanks to the Potters’ muscular strike-duo of Jonathan Walters and Kenwyne Jones, within 10 minutes the Reds were 2-1 behind.

With their noses in front, the home side produced a superb performance with Brendan Rodgers’ side struggling to get back into the game. And any chance the visitors had of gaining a foothold in the clash were snuffed out early in the second half when Walters produced a superb finish, courtesy of a chest and volley combo, to put the home side in the driving seat. And that was that.

The result sees Tony Pulis’ side go eighth as they extend their unbeaten run at the Britannia to 16 league games. As for Liverpool, they have to hope that Daniel Sturridge can take share some of the attacking burden with Suarez although Rodgers is no doubt well aware that they need major reinforcements if they are to trouble the top four.