Poor old Michael Owen may have the money, the horses and the erm, money, but he does come across as a bit of an Alan Partridge. His latest Twitter own-goal came today when he joked about his daughter’s short school day, saying:

“Tears from my 3 year-old on her second day at school. Wouldn’t mind but all she does is play for two hours then come home.”

Cue some moderately humorous replies. He really does seem to lack quite a bit of self awareness, doesn’t he? 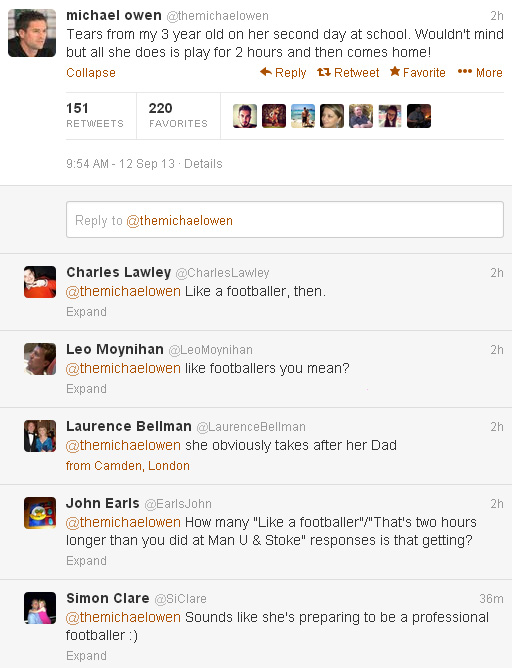