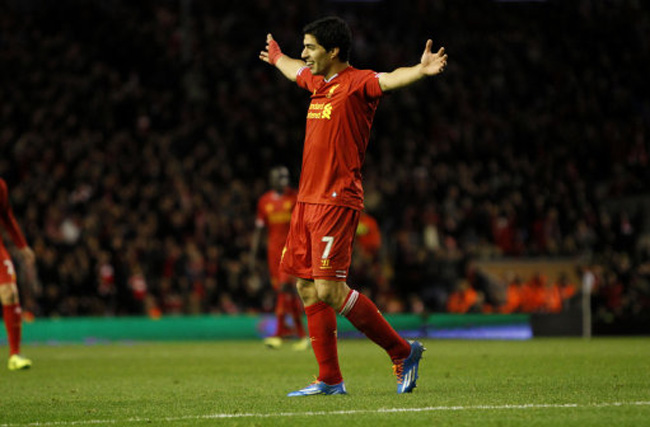 Luis Suarez was once again the star of the show in an odd game that featured three own-goals. West Ham more than held their own up until the 42nd minute when Guy Demel put through his own net. After the break Mamadou Sakho managed to score with a rather mis-hit effort before Martin Skrtel’s own-goal gave the hammers hope. However, the superb Suarez bulleted home  header before a Joey O’Brien own-goal gave the Reds a deserved, if hard-fought, victory. Oh, and Kevin Nolan was rightly sent off for a dreadful challenge on Jordan Henderson.