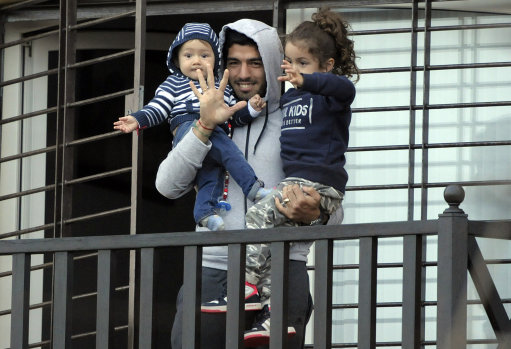 “He says he’s got hostages, five more inside”

Ex-Liverpool employee Iago Aspas has claimed that former teammate Luis Suarez has been treated like a “murderer” by FIFA after biting Giorgio Chiellini at the World Cup.

Aspas, who recently joined Sevilla on loan for the whole of next season after a dismal year at Anfield, told Spanish radio station Cadena Cope that while he thought Suarez should been banned from playing, the Uruguayan striker’s ban from all football-related activity by FIFA was more befitting of a killer.

“They are treating Luis like a murderer and not like a footballer,” Aspas said. “There are murderers who pay less [for what they have done].

“To not let him be presented [by Barcelona], to train or to enter the stadium is too much.”

We can’t help but wonder why is it that all of Suarez’s sympathisers always seem to go so OTT in their defence of him.