When Pies were a lad, there were precious few insults more cutting than being exposed as a “glory hunter” by your playground peers. Once the mark was upon you, it was indelible. You were a traitor (at least in terms of club allegiance). The lowest of the low.

With that in mind, we bring you this pillock – who was snapped at Wembley afore the Community Shield yesterday by Pies fan @marky249 (aka, The Shirtless Gooner) proudly displaying both, a) his Man City 2014 Double Winners t-shirt, and, b) the Liverpool tattoo he’d had etched on his calf at some point previous… 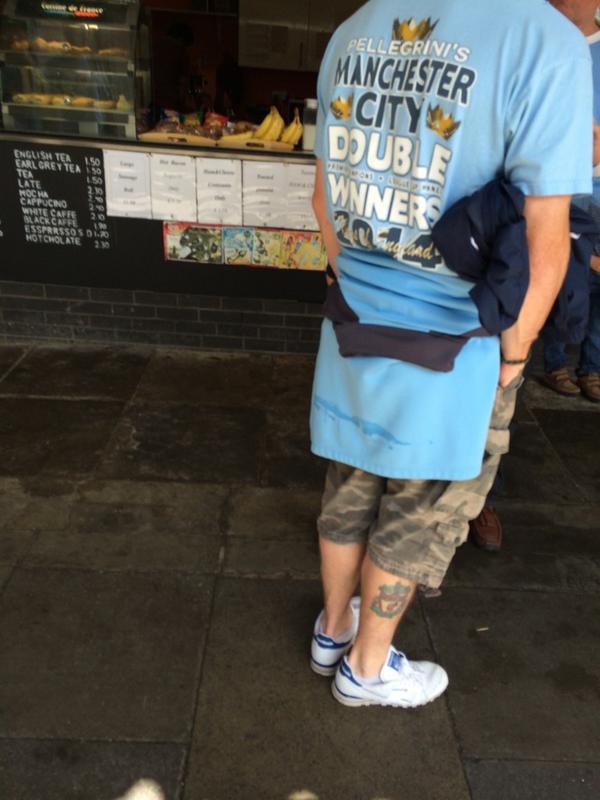 What a bloody mess.

Hang on, did City even win The Double last season? Is he counting the League Cup? What year is this? Who’s the president?