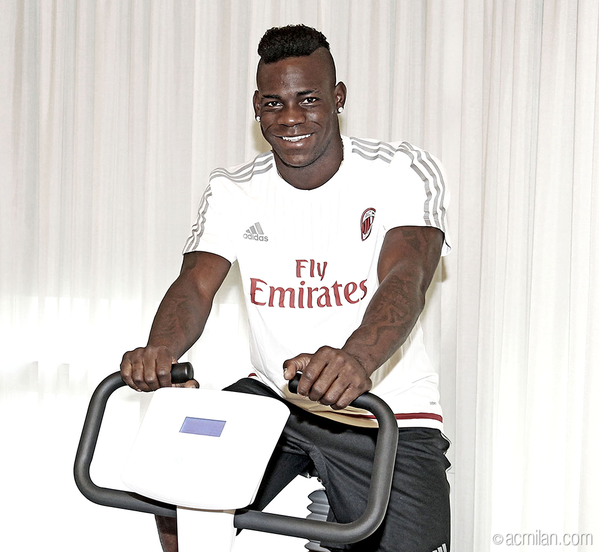 Mario Balotelli brought his miserable stint at Liverpool to an end yesterday by swanning off to former club AC Milan on a season-long loan.

However, according to Gazzetta dello Sport, Milan have sought to cover their arses by imposing a strict ‘code of conduct’ on the infamously easily-distracted striker in order to get him back to his best.

Balotelli has also been assigned a personal minder, who will monitor his behaviour around the clock – y’know like a naughty ADHD toddler.

The code was drawn up by Milan chief executive Adriano Galliani in conjunction with head coach Sinisia Mihajlovic, and was inspired by the regulations placed on those who serve in the Italian air force.

It reportedly includes the following measures:

Toning down his ‘extravagant hairstyles’

Cutting out his smoking habit

Always showing up on time and banned from visiting nightclubs

Yep. No potential loopholes there. Should work a treat.