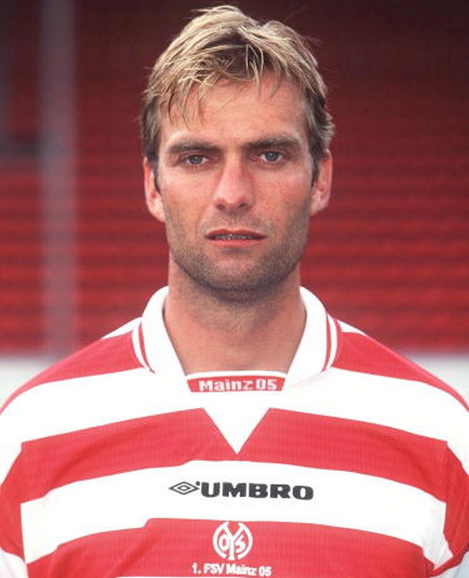 With the Fantastic Mr Klopp looking odds on to be sworn is as Liverpool’s new manager before the end of the international break, Pies thought we’d dedicate a random great goal in his honour – what with his perfectly solid playing career usually being glossed over and all.

Before embarking upon seven largely successful years as Mainz head coach, Klopp made over 260 appearances for the club between 1992 and 2001 as a striker-cum-defender, scoring 34 goals along the way.

The best of which, as ranked by the Bundesliga website back in May, came in 1997 during a 2. Bundesliga game against SV Meppen – Kloppo coming on as a second-half substitute and promptly sticking away an arching pearler to open the scoring in a 3-0 victory…

Fun fact: At the time, Mainz were coached by Reinhard Saftig, whose name literally translates as ‘Reinhard Juicy’.