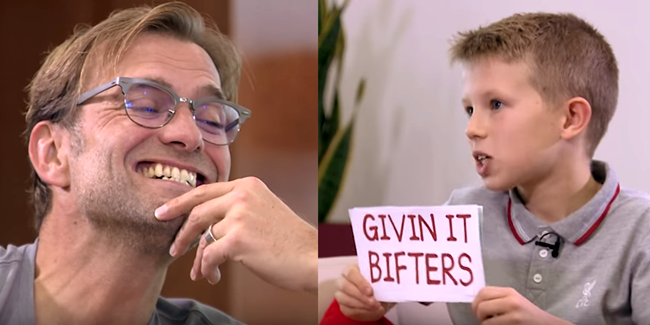 Not exactly short of a colloquialism or two himself, Jurgen Klopp has been expanding his repertoire as well as further assimilating himself into life on Merseyside by learning to speak the oft-impenetrable Scouse dialect.

Indeed, watching the Reds boss pore over the intrinsic subtleties of quips like “Giving it bifters” and “Mi head’s chocca” in his second language while clearly not understanding a single thing that’s going on is quite endearing all round.

The fun really gets going at the 1:00-ish mark, but the whole interview is actually a delight to sit through…