A Divock Origi hat-trick and a Daniel Sturridge brace helped Liverpool to a superb 6-1 win away at St. Mary’s on Wednesday night, a result which sees Jurgen Klopp’s rampant Reds book their place in the last four of the Capital One Cup. 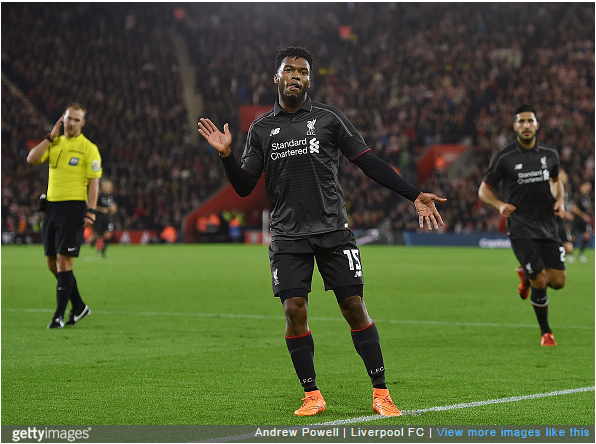 It was Southampton who opened the scoring within the first minute, when Sadio Mané headed home from  close-range. However, after that the visitors dominated, with Sturridge’s fine brace putting his side 2-1 up before the half-hour mark. Belgian striker Origi then made it 3-1 just before the break with his first goal for the club.

After the break, Origi got his second on 68 minutes, courtesy of a superb strike from a Jordan Ibe pass, before Ibe himself got on the scoresheet. Late on Origi headed home to claim his hat-trick and seal a fabulous victory for the Merseysiders.

Liverpool now face Stoke City in the semi-finals, with the return of a fighting-fit Sturridge a massive boost as the Klopp revolution gains pace. As for Ronald Koeman and Southampton, they can at least now focus on their league campaign.