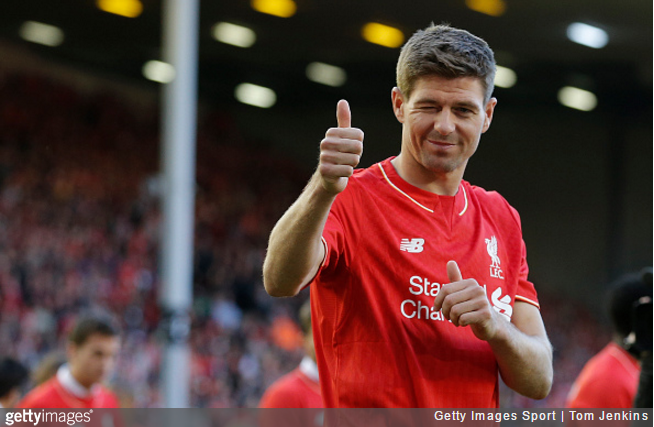 Steven Gerrard has today announced that he has retired from professional football, aged 36.

Having left LA Galaxy last week, speculation was rife that Gerrard was mulling over player-coach roles with the likes of MK Dons, Celtic and former club Liverpool, but no – his playing days are now officially over.

In a statement released on Instagram, the man himself confirmed his decision:

Following recent media speculation surrounding my future I can confirm my retirement from playing professional football.

I have had an incredible career and am thankful for each and every moment of my time at Liverpool, England and LA Galaxy.

As a teenager I fulfilled my childhood dream by pulling on the famous red shirt of Liverpool, and when I made my debut against Blackburn Rovers in November 1998 I could never have imagined what would then follow over the next 18 years.

I feel lucky to have experienced so many wonderful highlights over the course of my career. I am proud to have played over 700 games for Liverpool, many of which as captain, and to have played my part in helping the club to bring major honours back to Anfield, none more so than that famous night in Istanbul.

At an international level, I feel privileged to have won 114 England caps and to have had the honour of captaining my country. I will always look back with great pride at every time I pulled on the England shirt.

I feel very fortunate to have had the career I’ve had but none of it would have been possible without the support of so many people.

Gerrard also confirmed that he is now “taking his time” to consider his post-career options, though we can expect an annoucement regarding the next stage of his career “very soon”.

Here he is, discussing further his decision to call it quits with BT Sport anchor Gary Lineker…

In an exclusive interview with @GaryLineker, Steven Gerrard reveals the reasons behind his retirement. https://t.co/oR2WtmTwWD

So that leaves Ashley Cole as the only active member of the England team that beat Germany 5-1 in 2001.

All snideness aside, Gerrard has undoubtedly put in a truly remarkable shift over the years – 212 goals from midfield, three League Cups, two FA Cups, one UEFA Cup and one Champions League duly attest to that.

Yes, he became a sideshow unto himself in the final couple of seasons he spent dwindling at Liverpool, but there can be no doubting Gerrard’s standing in the Premier League pantheon.