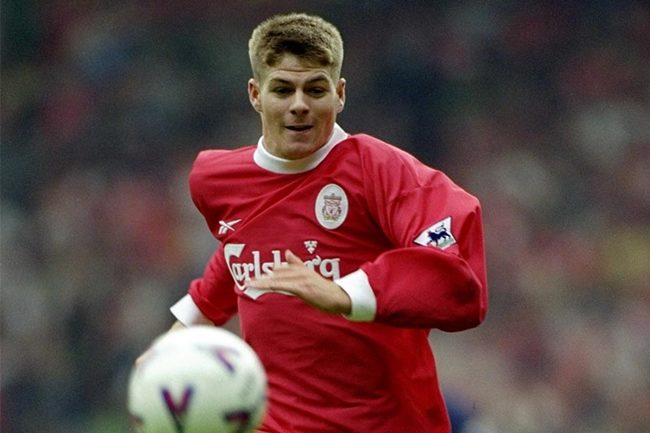 Having made his senior debut almost exactly a year previous, 19-year-old Steven Gerrard finally got off the mark for Liverpool in a 4-1 thrashing of bottom side Sheffield Wednesday in December of 1999.

On what was a bitterly cold afternoon at Anfield, Gerrard – only starting due to a raft of injuries in Gerard Houllier’s midfield ranks – finally reintroduced blood to the extremities of the 40,000-odd Reds fans in attendance when the local lad from down the road went a-waltzing through the Wednesday defence to score his very first goal for the club.

Definitely shades of that signature gangly barnstorming, but just the merest taste of what was to come.

To be honest, Pies were planning to cobble together a selection of some of Gerrard’s underrated stonkers, but the bloke has scored so many incredible goals over the years that it proved impossible to start whittling them down…

So many world class strikes. You tend to forget how good he really was.