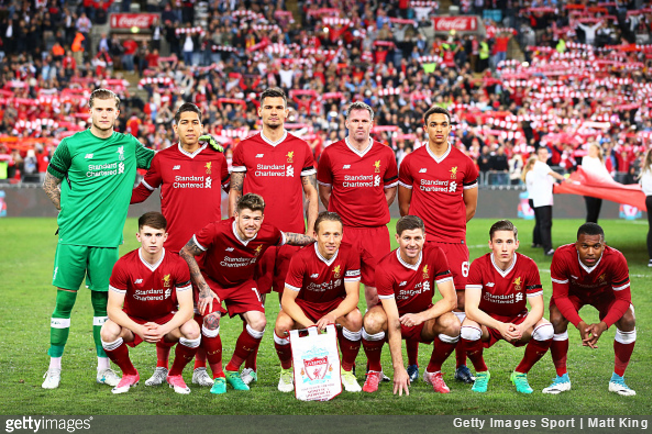 Barely a day or so after the culmination of the Premier League season, Liverpool were packing up and flying out to Australia for a corporately-mandated friendly against Sydney FC.

Standard drill: Spend the entire latter half of the campaign griping about fixture congestion only to clamber onto a 22-hour flight to the other side of the planet the moment it comes to an end.

Anyway, while Jurgen Klopp’s travelling entourage featured the standard mix of first- and youth-team fodder, the German coach also had the dubious honour of having several Liverpool old boys/ambassadors available for selection.

Reds alumni Steven Gerrard, Steve McManaman, Jamie Carragher and Daniel Agger all made the trip, with all four playing a bit-part in proceedings.

At time of writing, the match is still in progress with Liverpool leading 3-0 through goals from Alberto Moreno (2) and Roberto Firmino.