As we’ve seen many, many times in the past, football fans often do weird things in order to pledge allegiance to their clubs.

While songs with lyrics that scan awkwardly and ill-advised tattoos are one thing, a mysterious tribute to “LFC” – Liverpool Football Club, presumably – carved into the Shropshire hillside has left one of the UK’s leading geographic authorities well and truly stumped.

The letters were spotted by Andrew Tyrell of the Ordnance Survey’s remote surveillance team, who photographed them as he conducted a routine flight over Titterstone Clee Hill… 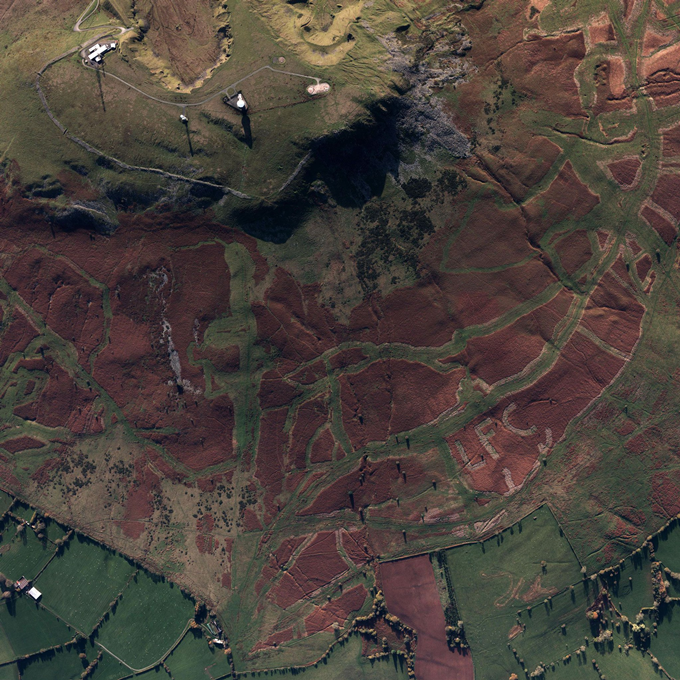 Tyrell rushed the images back to the Ordnance Survey headquarters, where the images were analysed further by Danny Hyam and the rest of the Technical Services team.

As per their results, the “LFC” tribute was found to be roughly 100 metres in height, roughly the same length as the pitch at Anfield, and appear to have been made by a vehicle of some sort. Beyond that, details are still a little bit thin.

Presenting his findings on the OS website, Hyam summarised thus:

I think we can safely rule out aliens on this occasion.

Perhaps there is someone living in this area who supports Everton and has a back garden or bedroom window with a view of the hill and has a Liverpool supporting friend with an extreme sense of humour?

It is one of the most unusual ways of showing support for a team I’ve ever seen.

There speaks a man who obviously hasn’t encountered many Arsenal fans in his time.