Things just aren’t looking good for Loris Karius as the beleaguered Liverpool goalkeeper continues to lurch his way through pre-season.

After rickets against Chester FC and Tranmere Rovers in previous outings, Karius took his cack-handed sideshow global over the weekend as the Reds took on Borussia Dortmund in Charlotte, North Carolina.

Jurgen Klopp’s side ended up on the wrong end of a 3-1 defeat, with Jacob Bruun Larsen netting Dortmund’s third goal in the 93rd-minute when a handling error from Karius presented the 19-year-old Danish forward with a tap-in…

Added to that, there were only three minutes gone when Karius pulled this godawful shanked clearance out of the bag…

Of course, Karius took another barracking from Liverpool fans, largely online, as the ‘not fit to wear the shirt’ diatribe continued in perpetuity. 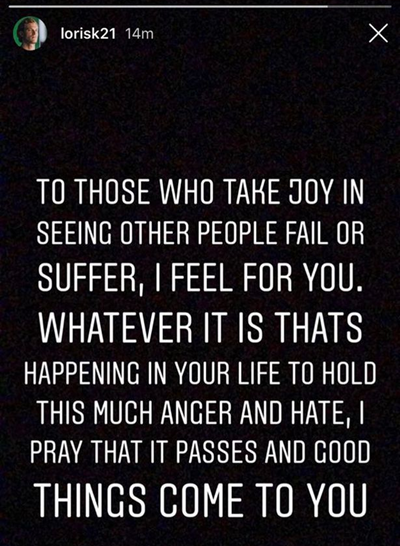 “Lo risk 21” must be the most ironic social media handle currently in operation.

Karius did however find an advocate amid the dissenting murk, with Iker Casillas offering a few words of support on Twitter later that same night.

“Will this attack on Loris Karius ever end? I talk about him like so many other goalkeepers. F**k, there are many more serious problems in the world! Leave the kid alone! He is also a person, as we all are!”