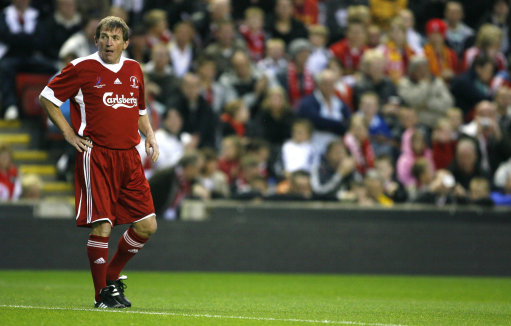 Indecipherable Liverpool legend Kenny Dalglish has revealed that he officially put his name forward to succeed former manager Rafa Benitez at Anfield, only to be told by the club’s board that he ‘wasn’t wanted’.

Dalglish was sworn in as Liverpool’s player-manager in 1985 following the Heysel Stadium disaster, and served until 1991. By securing the domestic double during his first year in charge, the Scot still stands as the last coach to successfully bring the league title to Anfield.

Writing in his new book, Dalglish In His Own Words, the 59-year-old speaks candidly about his disappointment at being overlooked in favour of appointing Roy Hodgson;

“It was right for everybody that Rafa Benitez left, for him and for Liverpool Football Club. There just comes a stage in every manager’s career when the board says, ‘You’ve been good for the club but we feel it would be best if you go’. Sometimes it works the same way for a manager – ‘I’ve done my time. There’s no animosity but it’s time to have a go somewhere else’.

When it was clear Rafa was going, Christian Purslow asked me to get involved in the selection process for the next manager. I had to let [the board] know my real views. I wanted the job. I couldn’t miss the opportunity.

One day, I was in a meeting with Christian and the chairman, Martin Broughton, and I formally put my name forward.

‘We don’t want you, Kenny’, came the reply from Christian and the chairman. Fine. That’s their ­prerogative. They explained they had different plans for me, a position with greater longevity.”

Much as Liverpool fans would obviously like to see ‘King Kenny’ and his particular brand of attacking football in the hotseat, it must be much more reassuring to know that a man of his standing (and with such a bona fide love of the club) is taking a place within the over-polluted corridors of power at Anfield?