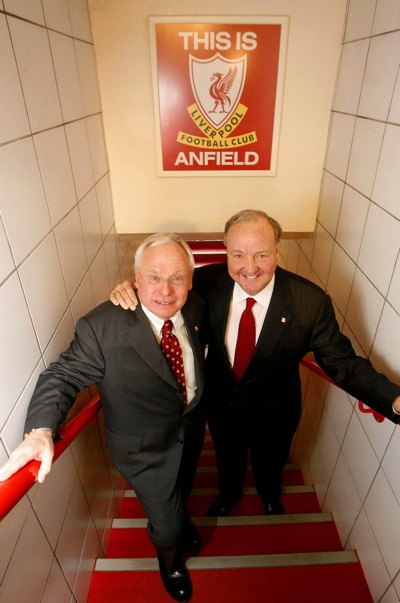 Now get the f**k out

The High Court in London has ruled in favour of both the board of Liverpool FC and the Royal Bank of Scotland, by granting an injunction against Tom Hicks’ Texan injunction to block the club’s sale – my injunction is harder than your injunction. The presiding judge said “This case has nothing to do with Texas.” Absolutely right.

This means there is nothing to stop prospective new owners NESV from taking the reins at Anfield. Byeee Tom. Seeya George.

More when we have it. But don’t be surprised if H&G’s lawyers find one last way to throw a spanner in the works.