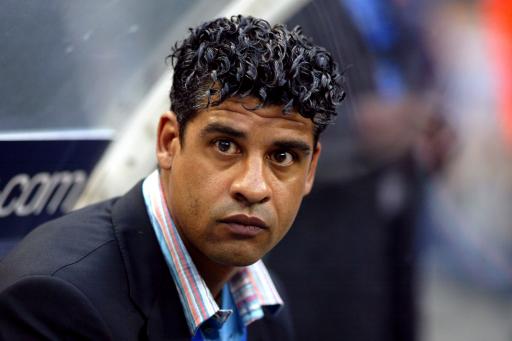 Rumours swirling around the internet this morning are suggesting that Liverpool’s new owners NESV are weighing up taking the £3 million hit it would take to release current manager Roy Hodgson back into the wild – thus clearing the way to install Frank Rijkaard at the Anfield helm.

Throughout the mind-numbingly convoluted negotiations that proceeded NESV’s buyout, the American sports consortium were repeatedly said to favour Hodgson as the man they would trust to oversee Liverpool’s new dawn.

However, it would now seem that after yesterday’s embarrassing derby defeat (a performance that Hodgson described as the best he’d witnessed since he took charge), John W Henry and co. are seriously rethinking their stance.

Rijkaard is currently in charge at Galatasaray, but has not enjoyed a particularly impressive stint in Turkey and is thought to be angling for an exit after another underwhelming start to this season’s campaign.

I’m sure that many Liverpool fans would argue that the £3 million might be put to better use cancelling Christian Poulsen‘s contract, but hey ho.