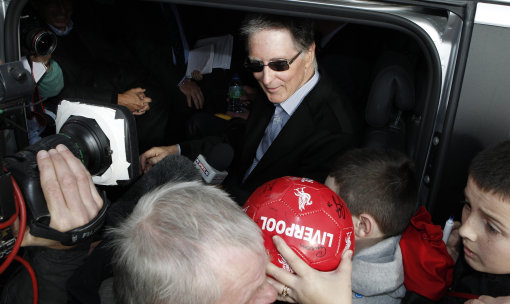 Liverpool’s new owner John W Henry has refuted the claims of former co-owner Tom Hicks, who claimed that he and his associate George Gillett were victims of an ‘epic swindle’ when Henry’s NESV group purchased the club for £300 million last Friday.

Henry, who attended yesterday’s Merseyside derby, has explained that he paid so little (Liverpool FC was valued at £500+ million in the Forbes rich list) as the club is a bit of a ‘fixer-upper’, as estate agents tend to call ceiling-less cess holes;

“I know some people are saying this was a cheap price for the club but there is no way we look at it like that. As you do due diligence, if you are really diligent you are trying to find everything that’s wrong – and we found plenty.

There is a huge amount of work to do here and it will take a long time. There were big financial issues but in the end we decided we really wanted to compete at this level.

We have to be smart, bold and aggressive because it’s a great challenge. There were lots of reasons why we could have decided not to go through with this. There were many times we thought it was too big a challenge but this club is worth it – and we are excited by that challenge.”

Best of luck Chuck, I give you 18 months.