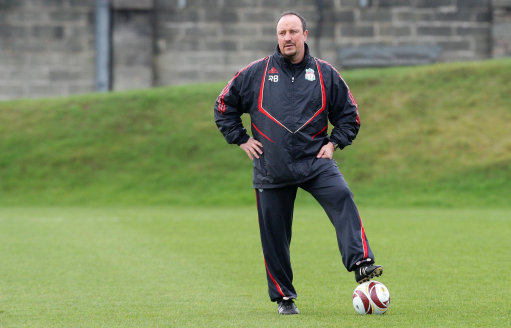 Whilst it’s fairly difficult to fathom what Rafa Benitez is wittering on about at the best of times, you’ll probably need an Enigma machine to decode his fresh critique of Liverpool’s former ownership.

When asked to describe how he found having to work under Tom Hicks and George Gillett at a press conference, the Spaniard wheeled out a intricate milk analogy that precisely no-one understood;

“I prefer not to talk too much about Liverpool because I feel really sorry for the fans. I was watching the fans [during the recent Merseyside derby] and I was really sad.

We have a saying in Spanish, which is: ‘White liquid in a bottle has to be milk’. What does this mean? It means that after 86 points and finishing second in the league (in 2009), what changed?