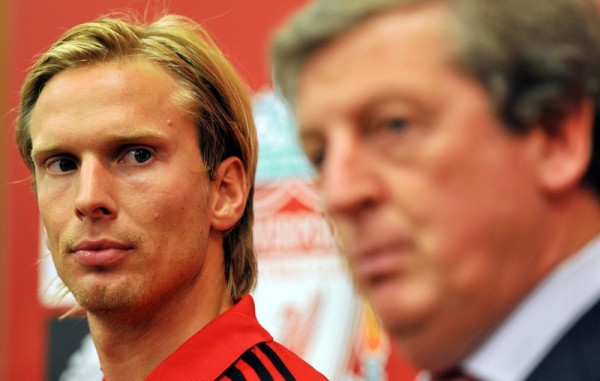 Christian Poulsen departed the Anfield pitch last night to the sound of ironic cheers from the home fans. The Danish midfielder, signed by Roy Hodgson in August and subbed against Napoli yesterday, has yet to show his best form in a Liverpool shirt (or indeed any form to write home about), which has hardly endeared him to Kopites.

Whilst it’s clear that Poulsen is a limited player, and not fit to clean the boots of Xabi Alonso or even Javier Mascherano, he has only been at LFC for a couple of months, so it’s early to write him off completely – as many Liverpool fans have done, seemingly. Still, I was expecting a bit more quality from a player who is not far shy of 100 international caps, and who spent more than four years at Sevilla and Juventus collectively.

Perhaps Poulsen is the sort of player who is perfectly good enough for the 2010 Liverpool vintage (ahem), and it’s the fans who need to lower their expectations when it comes to the calibre of player Roy Hodgson will attract. But still I feel that Poulsen is a Blackburn Rovers player, but not a Liverpool player.

What’s your take on Poulsen?