When choosing a favourite football kit there are some tough decisions to be made. Do you stay true to the shirts of your own football team, the ones with so many personal, emotional and fond memories attached? Do you go for the ones which are aesthetically pleasing or symbolic, or do you opt for something which reminds you of a particular time in your own life?

I have tried to encapsulate all three and gone for a football kit which I owned and as a 12-year old boy loved wearing – the Liverpool away kit of 1996-97. 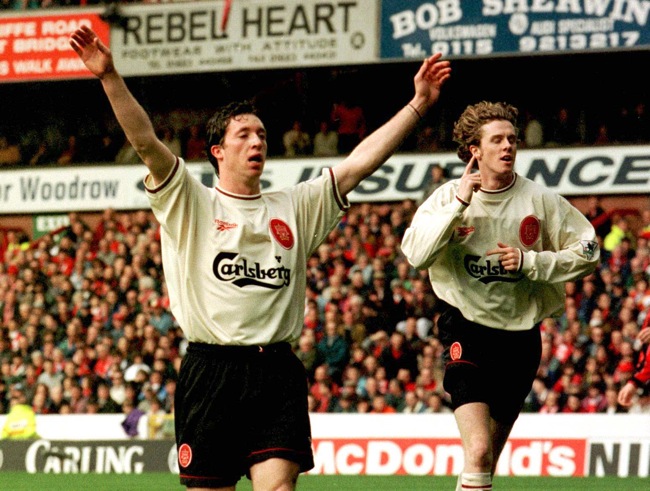 This eye-catching cream number by Reebok, with its huge red crest, was worn by the likes of Robbie Fowler, David James, Steve McManaman, Jason McAteer, Phil Babb and Neil ‘Razor’ Ruddock – you might also remember them as the ‘Spice Boys’.

This nickname wasn’t a term of endearment, it was meant as a resentful barb at a group of young men earning lots of money, living a high-profile celebrity lifestyle and having a great time with it. In many ways Liverpool’s players of this era were the standard-bearers for the tabloid-friendly footballers we see today – millionaires such as Cristiano Ronaldo, Ashley Cole, John Terry and Wayne Rooney.

This Liverpool team was as dominant off the pitch as Manchester United were on it. Fergie’s fledglings might have cleaned up in the silverware stakes but across the way in Liverpool the lads were too busy giving rock ‘n’ roll interviews to Loaded magazine, getting linked to all manner of Page 3 girls and wearing cream Armani suits on the pitch at Wembley to care. 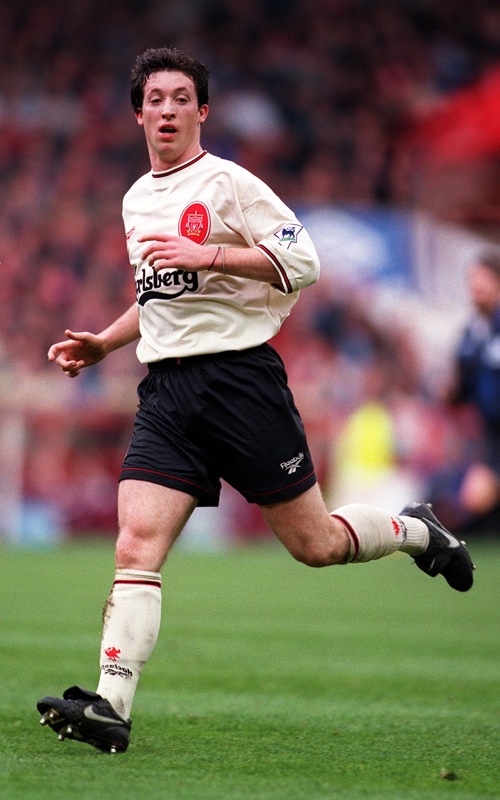 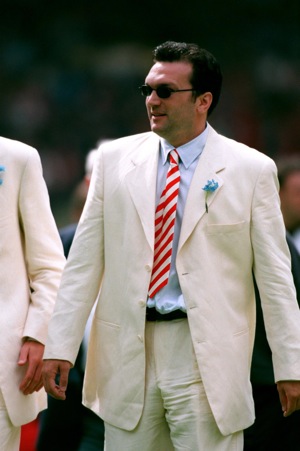 Whatever your opinion of the Spice Boys and how much talent they wasted, the football tapestry of the time was richer for their presence and, in a perverse  way, it’s fitting that they will always be remembered for a kit (and a dodgy suit) rather than a trophy.