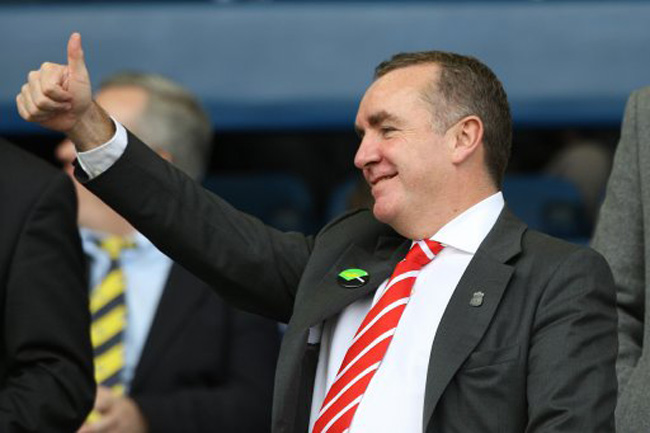 Liverpool big cheese Ian Ayre has set the proverbial cat amongst the pigeons by stating that the bigger Premier League clubs should be able to negotiate their own overseas TV deals.

Currently, all 20 top tier clubs share the overseas revenues, but according to Ayre, the bigger clubs deserve a larger slice of the pie.

“The other European clubs just don’t follow that model. They will create much greater revenue to go and buy the best players. It is a debate that needs to be had on a more collaborative basis between the clubs of the Premier League.

“If you go further afield then it is a myth that the Premier League is huge. It is popular but the clubs that are really popular are the clubs like Liverpool, Manchester United and Arsenal.

Ayre does, however, believe that the current Premier League model of shared revenue should be continued within the UK. Still, his ideas in relation to overseas broadcasting will surely only help to create an even bigger gap between the Premier League haves and have-nots. Indeed, look at La Liga, where Real Madrid and Barcelona, who are able to negotiate their own TV deals, have created an unhealthy duopoly situation in Spain.

Here’s a rather pertinent quote from none other than the great Bill Shankly to end on – “The socialism I believe in is everybody working for the same goal and everybody having a share in the rewards.”