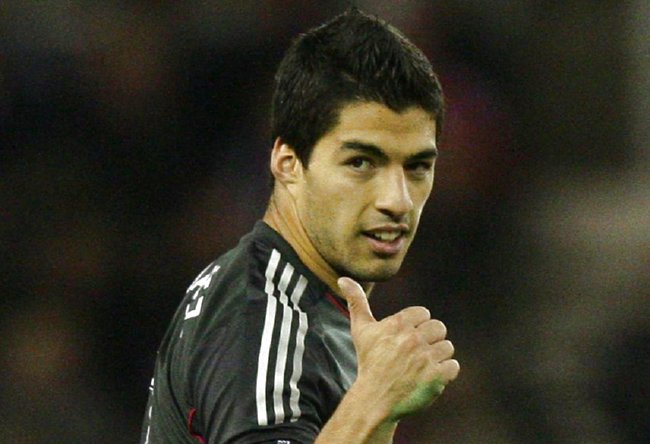 A second-half double from a fizzing Luis Suarez was enough to see Liverpool into the quarter-finals of the Carling Cup at the Britannia last night, after Kenwyne Jones had put Stoke one up a minute before half-time with a neat near-post diving header.

Suarez nabbed the winner in the 85th minute, heading in Jordan Henderson’s looping volleyed cross, but his equaliser ten minutes after the break is the goal everybody’s talking about this morning – and with good reason.

After picking the ball up wide on the left, Suarez advanced, nutmegged Ryan Shotton and then let fly with an immaculate, curling shot from the edge of the area that arched around the flailing Thomas Sorensen and clipped in off the right-hand upright.

I strongly urge that you give it the once-over on the video below, it’ll definitely be worth your while.