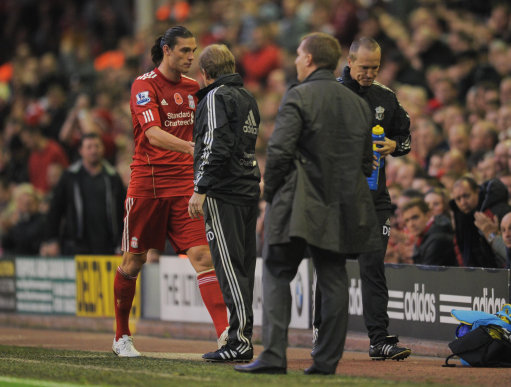 Liverpool failed to win at Anfield for the third game in a row after a frustrating afternoon against a hard-working Swansea side.

Star of the show was undoubtedly Swan’s goalkeeper Michel Vorm who made a number of super saves, including a magnificent stop from Glen Johnson late on.

£35million striker Andy Carroll fluffed his lines up front, hitting the cross-bar from close range when he really should have scored while Luis Suarez also came close to scoring.  Swansea themselves also could have won the game, with Mark Gower squandering a great chance late on.

While Liverpool’s progress has slowed recently, Brendan Rodgers’ Swansea side continue to impress. 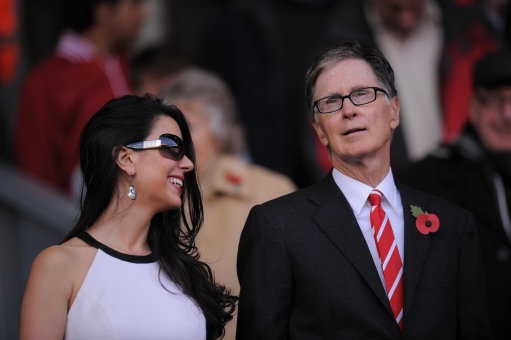 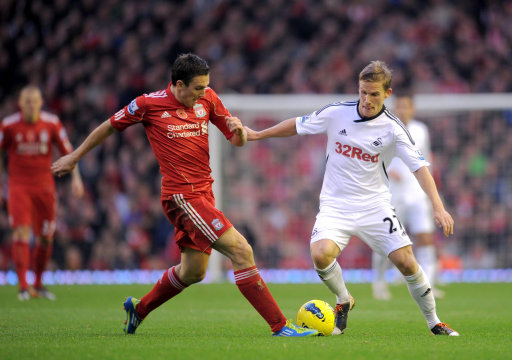 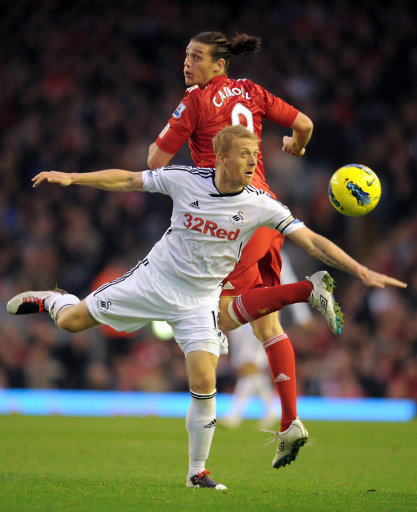 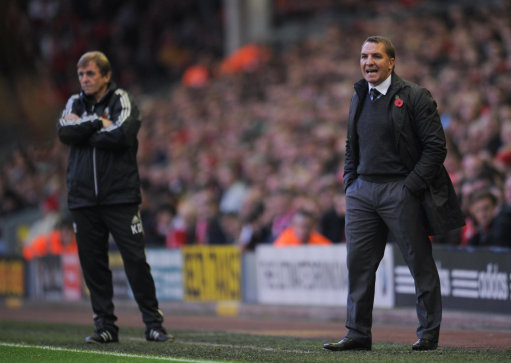 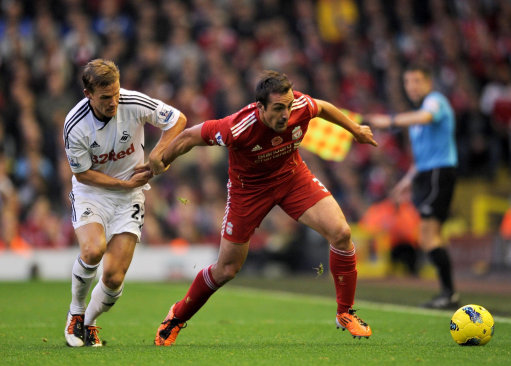 Gower and Enrique: I wanna hold your hand 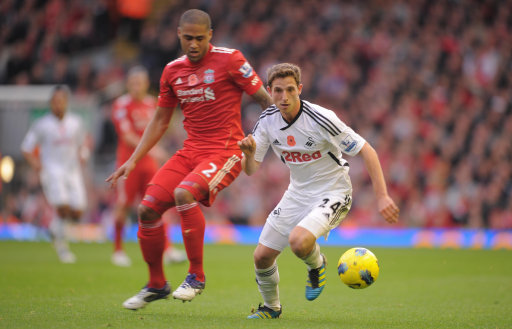 Joe Allen and Glen Johnson fight for the ball 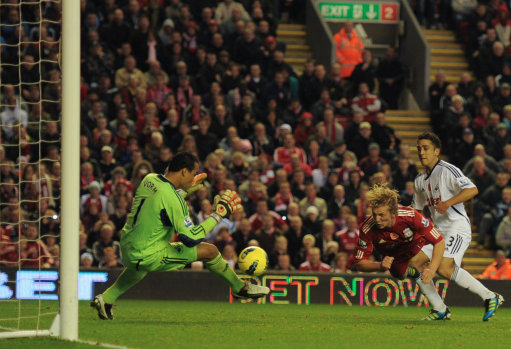 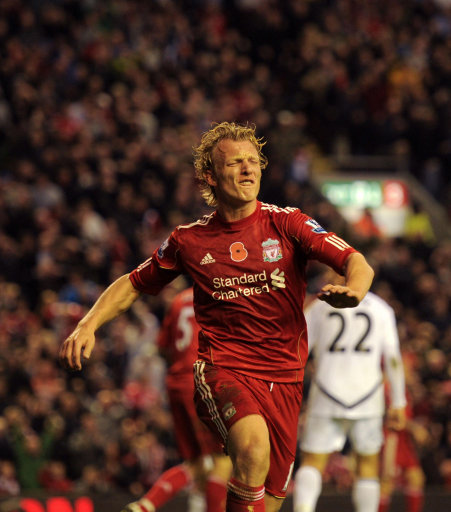