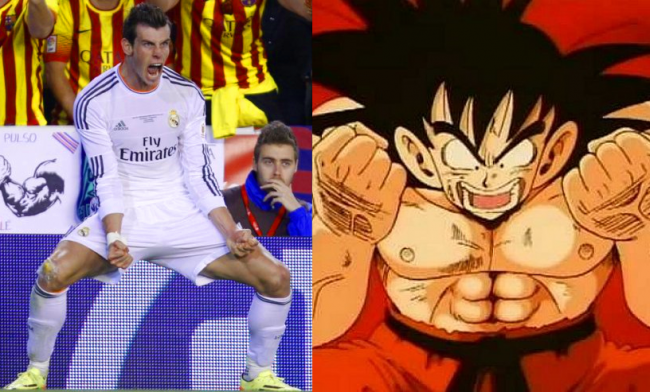 Cracking spot from long-time Pies’ fan Sirreg, who cottoned on to the fact that Gareth Bale, in the act of celebrating scoring the winner in last week’s Copa Del Rey Final, bore an uncanny resemblance to Goku from Dragonball Z.

We’re also reliably informed that this Goku fella is half monkey so, you know, there’s your punchline.

Got a Shit Lookalike for Pies? Email it over to us at waatpies@gmail.com or Tweet us on @waatpies and we’ll gladly give it a shufty.