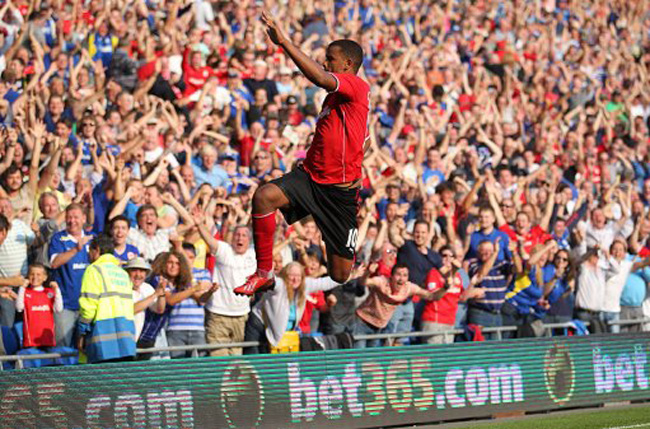 Last season, Man City struggled on foreign soil in the Champions League and already this season, they have bombed outside of England (albeit just over the border in Wales).

Facing top tier new-boys Cardiff, Manuel Pellegrini’s bejewelled squad were expected to comfortably beat the Welsh side, but instead the home team pulled off a shock in front of their ecstatic fans.

Edin Dzeko had opened the scoring early in the second-half, courtesy of a superb strike. However, just eight minutes later, the Bluebirds/Dragons were level, when the outstanding Aron Gunnarsson after Joe Hart blocked an effort from Frazier Campbell.

As the game headed into it’s final 10 minutes, Hart flapped at a corner and Campbell powered home a header to put the underdogs ahead. Soon after former Man Utd man Campbell was at it again, heading home from yet another corner.

Alvaro Negredo did make it 3-2 late on but it was too late for the Citizens. And is it only me, or is Hart massively over-rated?