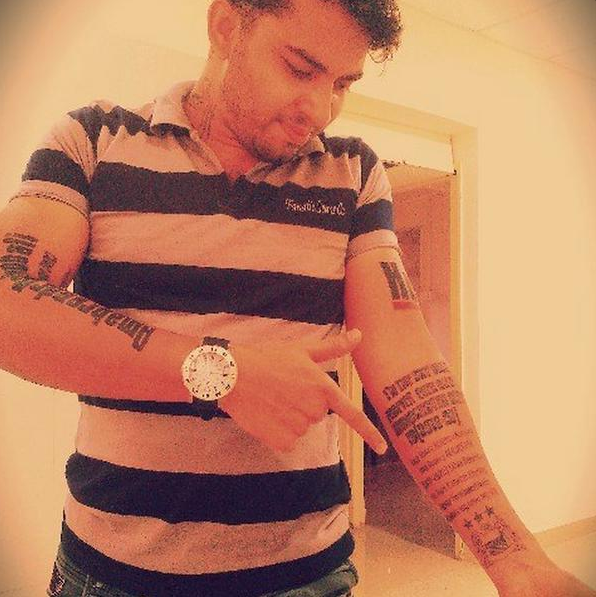 The man you see above is none other than Suraj Nandurkar, a medical student and Manchester City fan from Mumbai, India, showing off what just might be the most goof-riddled example of football inkery we’ve ever seen.

Deciding to press on with his tattoo without spell-checking anything beforehand, Suraj has had the names of City’s current squad – or, more accurately, City’s 2010/2020 squad – needled onto his forearm.

As well as having Samir Nasri’s name tattooed about his person, Suraj’s wonky tribute also pays homage to the likes of “Kolerov” and “Fernhandhinhio”… 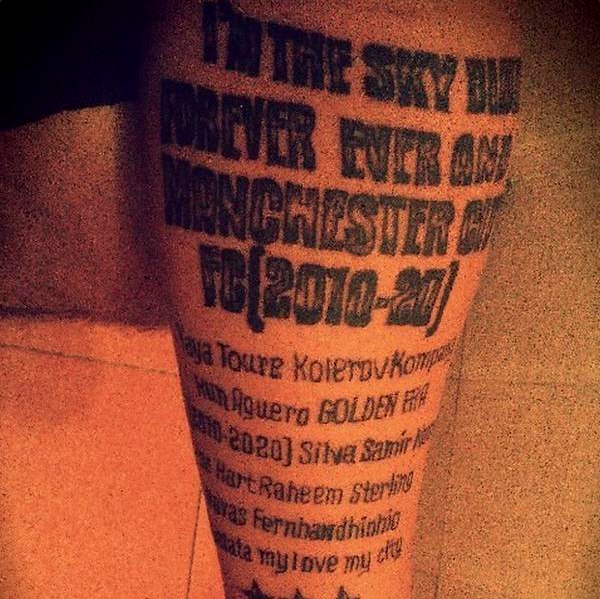 Alas, having been made aware of the complete cock-up he’s made of his arm after his misguided efforts were picked up on by several newspapers worldwide, Suraj refused to be demeaned and posted the following defiant retort on his Facebook page…

Quite, though what this has got to do with Luton Town is anybody’s guess.