Poor old Edin Dzeko. After enduring a bit of a shonky debut season at Man City, the poor bugger had a ‘mare for Bosnia last night – shanking several decent chances before being hauled off after an hour or so of their Euro 2012 qualifying defeat against Romania.

The icing on the dog turd? Well, he also got kicked in the face and balls at the same time… 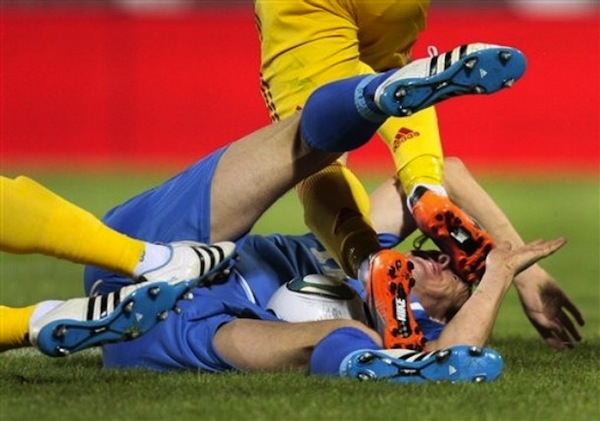 A fate that no man should be made to suffer.