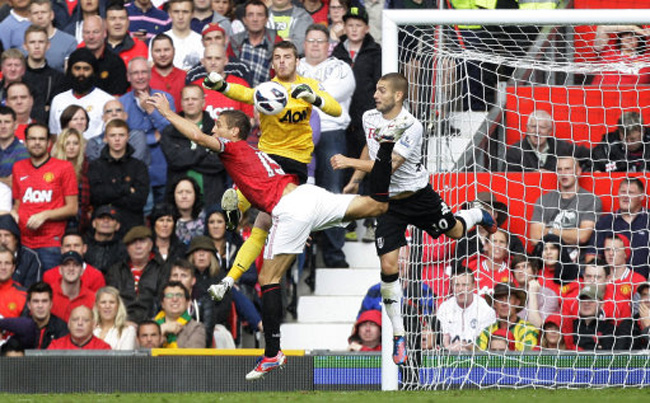 An early Damien Duff goal for Fulham did nothing more than prod the home side into action at Old Trafford, with new boys Robin van Persie and Shinji Kagawa bagging a goal each in reply.

Van Persie, starting in place of Wayne Rooney, fired home a superb left-footed effort while Kagawa scored from close-range after a Tom Cleverley shot was parried. Rafael then made it three before half-time as the Red Devils dominated.

After the break, the visitors fought back, with Nemanja Vidic deflecting a cross past David De Gea. However, the Spanish ‘keeper would go on to make a couple of superb saves as Martin Jol’s side pushed for an equaliser, athough United also came close again.

Substitute Rooney suffered a quite horrific gash to his knee, but with Van Persie up and running, the Old Trafford giants should be fine when it comes to scoring goals.  However, it’s conceding goals where the Red Devils still need to improve.